Lack of Maps Updates in iOS 8 Said to Be Caused by 'Internal Politics', Developers Leaving 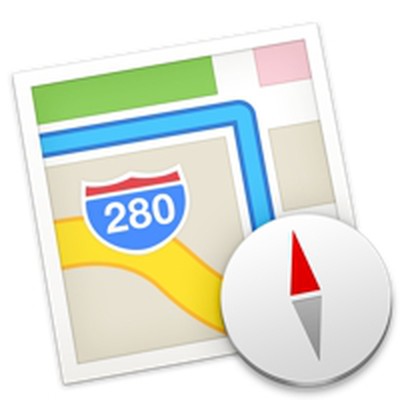 Leading up to last week's Worldwide Developers Conference keynote, various reports suggested that Apple would be significantly improving its Maps application in iOS 8, enhancing the underlying infrastructure that powers the application and adding public transit directions from acquired mapping companies HopStop and Embark.

However, while last week's keynote included a lot of new information about iOS 8, Apple's software chief Craig Federighi mentioned no improvements to Maps aside from enhanced vector-based mapping maps in China.

Now, a report from TechCrunch sheds new light as to why iOS 8 does not feature significant improvements to Maps, with an inside source noting that "many developers left the company," as map improvements for iOS 8 were not finished in time. The source added that tasks were "very badly planned", with developers having to jump from "project to project".

The report also gives an account from another source at Apple:

It’s a take that is both contested and corroborated by our other source. “I would say that planning, project management and internal politics issues were a much more significant contributor to the failure to complete projects than developers leaving the group,” the source said.

Apple originally introduced its Maps app in iOS 6 as it looked to move away from Google Maps. However, Apple's Maps drew a significant amount of criticism over inaccuracies in mapping data, errors in locating points of interest, a lack of transit information, and bizarre 3D mapping. Apple CEO Tim Cook even issued a public apology to iOS owners over the ordeal, stating the company was "extremely sorry" for the frustration it had caused and promised "non-stop" work to fix the app.

"They are having a hard time finding the right direction"

No one needs these things from APPLE!!!!

Leave it to the experts, and focus on what APPLE is good at!
Bring us a new hardware more often!
Score: 28 Votes (Like | Disagree)

I use it for turn-by-turn. Works flawlessly with clean UI. I like it.
Score: 27 Votes (Like | Disagree)

markiv810
Firing Scott Forstall was not an intelligent move by Apple, Apple should have had more patience wrt to iOS development.
Score: 20 Votes (Like | Disagree)

addiecool
With due respect, Apple has made a bad choice to move to its own maps without having it ready. Its still not ready and will take another few years "if they find the right direction".
Score: 19 Votes (Like | Disagree)
Read All Comments

Friday July 23, 2021 9:37 am PDT by Juli Clover
Apple is developing an external display that includes an A13 chip with Neural Engine, according to a new rumor from 9to5Mac. The A13 chip with Neural Engine would presumably serve as an eGPU, though details are light at this time. Having a CPU/GPU built into the external display could help Macs deliver high-resolution graphics without using all the resources of the computer's internal chip....
Read Full Article • 200 comments

Friday July 23, 2021 8:23 am PDT by Mitchel Broussard
Apple's MacBook Pro and MacBook Air lineup is seeing all-time low discounts across the board today, including the 2019 16-inch MacBook Pro, 2020 13-inch MacBook Air, and 2020 13-inch MacBook Pro. Note: MacRumors is an affiliate partner with some of these vendors. When you click a link and make a purchase, we may receive a small payment, which helps us keep the site running. 13-Inch M1...
Read Full Article • 12 comments