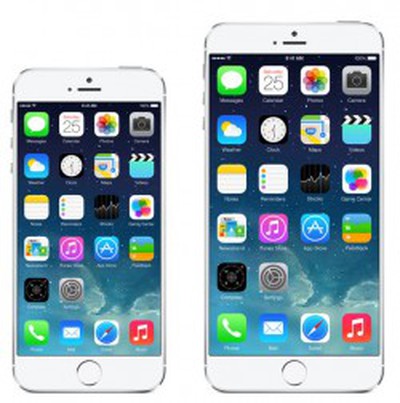 Mac Otakara's sources claim Apple has decided on 4.7-inch and 5.7-inch displays as potential candidates for new iPhone models that would launch later this year. These two sizes originally were singled out by Reuters in a report published last year.

This new iPhone model may keep the basic design of the iPhone 5c such as the rounded back edges, button designs, and speaker/microphone hole designs, with some inspiration from the seventh-generation iPod nano. The latest iPod nano models are available in a range of colors like the iPhone 5c, but feature an anodized aluminum design instead of polycarbonate.

Sources also claim the 4.7-inch iPhone will measure at 14x7 cm, while the 5.7-inch model will be larger with dimensions of 16x8 cm. Possibly both models will be 7 mm thick with a protruding rear camera as seen on the current iPod touch models, although it the report indicates that the final version of the phone could be expanded to 7.5 mm thick to match the thickness of the camera module. The design for the phones should already be complete for a launch later this year, so it is unclear if Mac Otakara's sources are sharing information from earlier in the design process or if there is simply still some uncertainty in the sources' information.

Rumors about Apple's next generation iPhone have been scattered, with reports suggesting the iPhone 6 will adopt a "bezel-free" display and a 10-megapixel or higher camera module with an improved filter. A sketchy report from earlier this year also claimed Apple was working on an iPhone with a 5.6-inch display that would not be marketed with the iPhone name because of its experimental nature.

AngerDanger
For all the disputers of this rumor, I've attempted to improve its credibility: 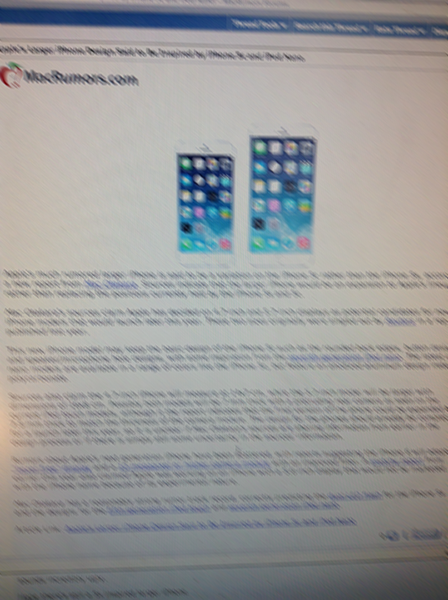 …I may be doing something wrong.
Score: 34 Votes (Like | Disagree)

Corrode
Everytime I hold the 5c, I'm impressed with its design. Feels much nicer in my hand than my 5S. It'll be interesting to see what they come up with.
Score: 33 Votes (Like | Disagree)

MacVista
I will wait to see iOS8 before I will even consider another iPhone.
Score: 19 Votes (Like | Disagree)

MattMJB0188
Ugh. Just bring back the iPhone 4S design with a larger screen. Why is that so hard. IT was the best looking iPhone to date and gave the best reception!
Score: 16 Votes (Like | Disagree)

ra4oasis
I don't want the 4.7 model to be the "midrange", like the 5c, and the 5.7 inch model to be the flagship. I for one do not want a screen larger than 5 inches, but also don't want to have to buy a midrange phone. Just make the iPhone 6 available in two sizes, both same quality, and call it a day.
Score: 15 Votes (Like | Disagree)
Read All Comments