Clicking on the download link results in an error message that asks users to try again later, but it will presumably be downloadable shortly. Users in other countries have been able to download the app with iOS 7.0.6, suggesting SXSW streaming does not require iOS 7.1 as was reported earlier this week.

Apple's SXSW iTunes Festival is the first it has hosted in the United States, with previous iTunes Festivals occurring annually in London. The festival will offer five free nights of music, beginning on March 11 at Austin City Limits Live at the Moody Theater in Austin, Texas. Featured artists include Coldplay, Imagine Dragons, Kendrick Lamar, Soundgarden, Pitbull, Keith Urban, and more.

All of Apple's iTunes Festival concerts are presented for free, with tickets available via a lottery system. Live and on-demand streams of the shows will be available through the revamped iTunes Festival app and the Apple TV.

CosmoPilot
So much for Gruber's stellar record!
Score: 19 Votes (Like | Disagree)

tmaxxtigger
There go any hopes of getting 7.1 anytime soon....
Score: 13 Votes (Like | Disagree)

Lucky736
So much for all those stories of needing iOS 7.1 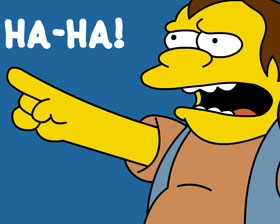 7.1 will be released when it's ready... If they rushed it you'd complain and taking too long means more complaining...

Ugh. Stop being so awkwardly condescending.

Of course he wants it when it's ready. He wants it because rumours were that it'd be ready in the first week of March.

Second, 7.0 has been out for almost 8 months with crappy performance. Taking 8 months is not 'rushing'.
Score: 9 Votes (Like | Disagree)

I dont even know anymore


Hope in humanity is gone.
Score: 9 Votes (Like | Disagree)
Read All Comments

Tuesday April 13, 2021 9:04 am PDT by Juli Clover
Following an overnight leak by Siri, Apple today officially announced that it will be holding a special "Spring Loaded" event on Tuesday, April 20 at 10:00 a.m. Pacific Time at the Steve Jobs Theater on the Apple Park campus in Cupertino, California. As with all of Apple's 2020 events, the April 2021 event will be a digital-only gathering with no members of the media invited to attend in...
Read Full Article • 254 comments