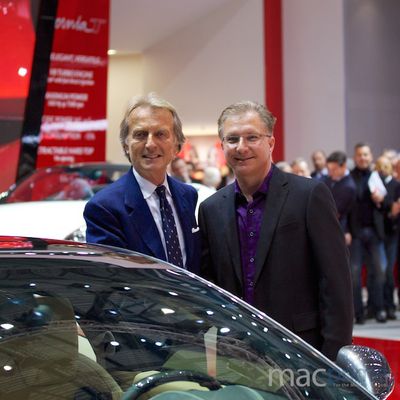 The first thing we noticed is how speedy everything is. Apps load quickly, and Siri's contextual algorithms hastily recognized our voice commands and responded appropriately. Apple has also implemented safety features to ensure services do not draw your attention away from the road and push forward its "hands-free" theme. For example, when we sent or received a message from a contact, Siri would only read the message back to us and we never once got the chance to see its contents.

For its part, Mercedes-Benz has released a seven-minute B-roll overview video, shared by iFun.de. While the clips are repetitive and disjointed as they are meant to be edited together for promotional purposes as needed, the video shows how the system can be controlled without directly touching the screen, using a combination of Siri and a physical control knob.


Finally, Jalopnik has a hands-on video of Volvo's CarPlay implementation. While the video is of fairly poor quality, it does show somewhat better responsiveness than seen in the Ferrari.

Apple has promised new CarPlay-compatible vehicles from a number of manufacturers in 2014, including Ferrari, Honda, Hyundai, Jaguar, Mercedes-Benz, and Volvo, with a dozen other manufacturers signed on as partners with unspecified launch timeframes.

Lapidus
Good we have to see a guy getting into a car 3 times.
This seems like a non-edited version.
Score: 34 Votes (Like | Disagree)

BornAgainMac
I don't know if I am watching a CarPlay demo or a early prototype of a Terminator T1 series.
Score: 20 Votes (Like | Disagree)

0815
Wow - what a horrible video - I couldn't even watch it to the end. All this awkward silences, repetitions and robotic voice (from the 'driver' and siri) .... Siri sounded more human than the driver

The Mercedes App... now available on the app store (and local dealership)
Score: 12 Votes (Like | Disagree)
Read All Comments