Following this morning's announcement from Apple that it will officially begin rolling out its "CarPlay" iOS vehicle integration with Ferrari, Mercedes-Benz and Volvo on board as the first launch partners this week, Volvo has published its own press release announcing the launch. Volvo's promotional materials include a new video briefly showing off CarPlay in action.


Volvo also goes a step beyond the basic CarPlay implementation to take advantage of the large portrait touch screen on the upcoming XC90 SUV, making both Apple and Volvo controls available simultaneously.

Volvo enhances Apple’s capabilities by linking them to a specially-developed interface that allows drivers to use voice and touch controls to access Apple features and services, ensuring the entire interaction is always safe and easy to use.

Volvo's press release also makes clear that while the initial implementation of CarPlay will require a wired connection using an iPhone's Lightning connector, Wi-Fi connectivity will be "coming in the near future".

Derekeys
You can tell Jony Ive is excited for this, did you hear how high his voice got?
Score: 25 Votes (Like | Disagree)

Who else thinks this is a bad idea?

While driving you need to watch the road, not try to hit the right part of a touchscreen which is in a place where your arm doesn't usually go.
In my experience it is much much safer and easier to control the infotainment system with a couple of buttons and a scroll wheel (like Audi).

You can use that too. 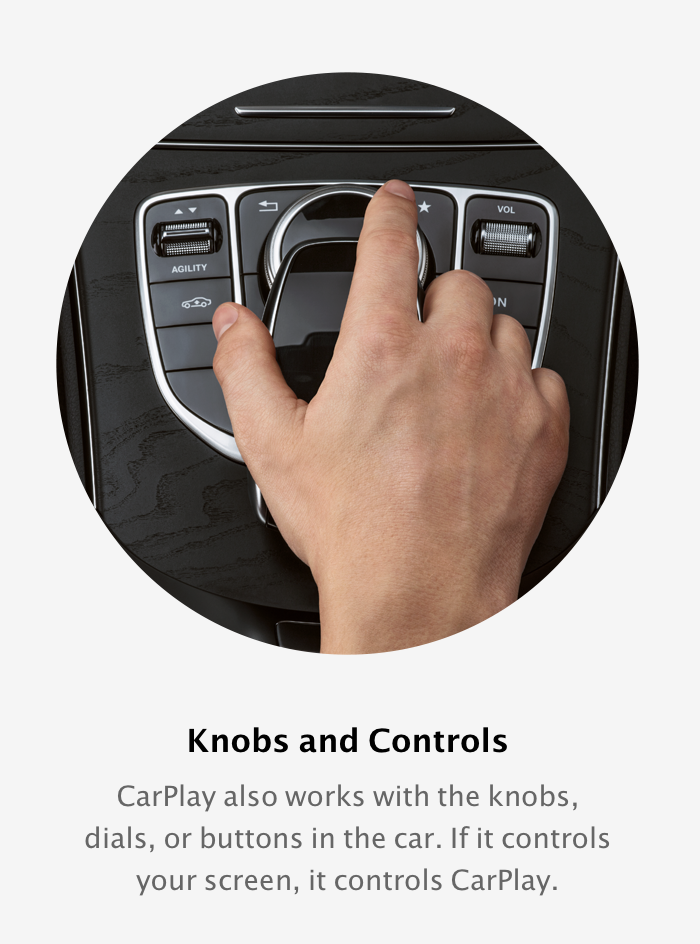 You can use that too.

And of course you can just tell Siri what you want without taking eyes off the road at all. Three ways to control, that's pretty versatile.
Score: 11 Votes (Like | Disagree)

dannytip
I wonder how long it will be before we see aftermarket headunits supporting this.

In theory they should be cheap as it seems like the screen is 'dumb' and everything is powered by the phone itself meaning the headunit is only really a screen and an amplifier.
Score: 10 Votes (Like | Disagree)

Mr. Gates
I can't wait to jailbreak it and get apps on there, driving at 75 mph while playing flappy Bird, look out people !
Score: 10 Votes (Like | Disagree)
Read All Comments

Thursday January 14, 2021 9:32 pm PST by Juli Clover
Apple is working on two new MacBook Pro models that will feature significant design changes, well-respected Apple analyst Ming-Chi Kuo said today in a note to investors that was obtained by MacRumors. According to Kuo, Apple is developing two models in 14 and 16-inch size options. The new MacBook Pro machines will feature a flat-edged design, which Kuo describes as "similar to the iPhone 12" ...
Read Full Article • 511 comments

Friday January 15, 2021 10:23 am PST by Juli Clover
Apple is developing two versions of the Mac Pro to succeed the Mac Pro that was first released in December 2019, according to a new report from Bloomberg. The first updated Mac Pro is a direct successor to the current Mac Pro and it will use the same design. It may also be equipped with Intel processors rather than Apple silicon chips, and it could be one of the sole machines in the Mac...
Read Full Article • 233 comments