Apple Inc.’s music chief Robert Kondrk has been pressuring major labels for releases similar to last year's Beyonce exclusive, excluding services like YouTube and Spotify to help shore up slowing download sales, according to music executives familiar with the conversations.

While digital music track sales fell from 1.34 billion units to 1.24 billion units in 2013 due to the rise of streaming services like Spotify and YouTube, Beyoncé's album sold 1 million copies globally in a week iTunes alone.

Finally, Kondrk asked executives if they could lock down individual track sales until after a certain window of time, which would then allow users to purchase individual music tracks and listen to albums on streaming services. This is in stark contrast to Steve Jobs' sell of unbundled legal access to music when the iTunes Music Store was introduced in 2003.

In January, it was reported that digital music sales declined year-over-year for the first time since the opening of the iTunes Music Store as more users opt for streaming services such as Spotify, Rdio, Pandora and iTunes Radio.

swingerofbirch
iTunes feels like more of a dinosaur than AOL did by the early 2000s. AOL at least tried to keep up with the times for a while.

Apple's problem with services is rooted in the way they approach products in general. It takes Apple an enormous amount of time and resources to come out with a product. When they finally come out with it, it's well-polished. But it never really changes after that. Apple lets the product waste away, and eventually it's supplanted by something else. With iTunes you can see that Apple has tried to make updates, but those updates have turned iTunes into a mess, and the core iTunes Store experience hasn't changed. I would say it's gotten worse. Searching is incredibly unwieldy across apps, books, and music, and can't compete with the convenience of streaming unlimited content. Apple has never gotten Internet services. They've shuttered all the online services they've ever created except for iTunes. They didn't improve .Mac; they shut it down. They didn't improve MobileMe; they shut it down. They had to send out OS update discs just to get people to migrate their e-mail to iCloud. Who else has an e-mail service that is reliant on a particular OS?

It seems like iTunes is a chore to them and has been barely kept alive in order to remain compatible with all the devices they sell. If Windows is Microsoft's legacy product it has to maintain for past compatibility, Apple's equivalent is iTunes. But the original iTunes and original iTunes Store were both amazing. It just seems that Apple can't do things well until they scrap something and start over.
Score: 12 Votes (Like | Disagree)


I don't like the idea of one company having so much control over anything. Monopolies hurt the consumer.
Score: 11 Votes (Like | Disagree)

I don't like the idea of one company having so much control over anything. Monopolies hurt the consumer.

You mean a monopoly for 7 days? That's how long Beyonce's album was exclusive to iTunes.

Exclusivity deals lock a label into only one revenue stream for their content, so the deal must be more financially rewarding than selling the music to every other platform.

You mean like the exclusivity ATT had on the iPhone for years? Exclusivity brings in money short term, then you open yourselves up to other platforms to gain money long term. Pretty sure Apple knows what it's doing here.
Score: 7 Votes (Like | Disagree) 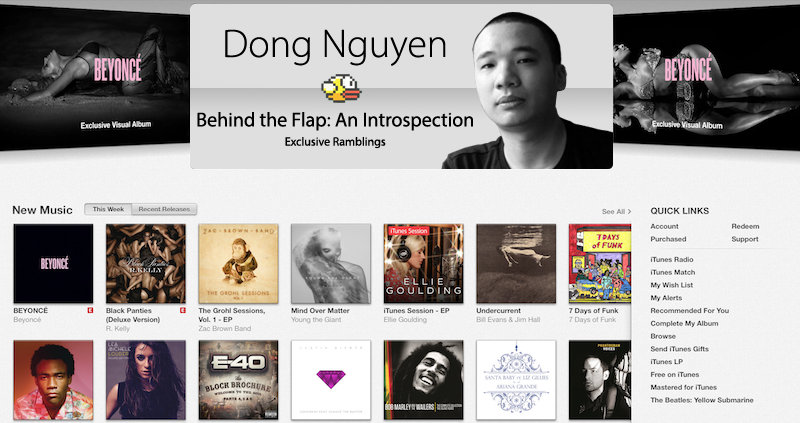 Monday February 22, 2021 8:52 pm PST by Joe Rossignol
Apple plans to release two new MacBook Pro models equipped with an HDMI port and SD card reader in the second half of 2021, according to analyst Ming-Chi Kuo, who outlined his expectations in a research note obtained by MacRumors. The return of an SD card reader was first reported by Bloomberg's Mark Gurman last month. "We predict that Apple's two new MacBook Pro models in 2H21 will have...
Read Full Article • 421 comments

Tuesday February 23, 2021 7:07 am PST by Hartley Charlton
Over the past week, some M1 Mac users have been reporting alarming SSD health readings, suggesting that these devices are writing extraordinary amounts of data to their drives (via iMore). Across Twitter and the MacRumors forums, users are reporting that M1 Macs are experiencing extremely high drive writes over a short space of time. In what appear to be the most severe cases, M1 Macs are sai...
Read Full Article • 562 comments

Wednesday February 24, 2021 7:26 am PST by Hartley Charlton
Hit-and-miss leaker Jon Prosser has today alleged that the upcoming 2021 iMac models will offer five color options, mirroring the colors of the fourth-generation iPad Air, and revealed a number of additional details about the Mac Pro with Apple Silicon. In a new video on YouTube channel FrontPageTech, Prosser explained that the redesigned iMacs will come featuring options for Silver, Space ...
Read Full Article • 232 comments

Tuesday February 23, 2021 7:49 am PST by Joe Rossignol
Following rumors that Apple is working on a MagSafe battery pack for iPhone 12 models, popular accessory maker Anker has beaten Apple to the punch with the release of its PowerCore Magnetic 5K Wireless Power Bank. First previewed at CES 2021, the PowerCore battery pack magnetically attaches to the back of any iPhone 12 model and provides 5W of wireless charging. With a 5,000 mAh capacity,...
Read Full Article • 51 comments