While some hints about the functionality of Apple's upcoming smart watch have surfaced through software leaks and the company's hiring of a slew of sensor experts, the design of the product still remains a total mystery.

It is unknown what kind of screen the device will have, how the band will work, and how it will incorporate the myriad sensors it is rumored to include. For that reason, a wide variety of concept images have been surfacing, ranging from the Nike Fuel-style band shared by Todd Hamilton to a new, thicker design concept shared today by Swiss industrial design site DesignerEI.

These concept images feature a wide band with a deeply curved screen that would wrap around the front and sides of a wrist. A home button is built into the band, while a metal clasp potentially houses some sensors.

The underside of the band houses a sensor that would be in contact with the skin, an important design element as many of the sensors that are rumored for the iWatch, such as the heart rate or hydration monitor typically require direct sensor-to-skin contact.

While the creator of the concept suggests the iWatch might be powered via kinetic energy, such a concept is unlikely to provide enough power to the device, which is said to be powered by standard lithium-ion batteries rather than motion or solar energy.

It is unlikely that the iWatch will take on such a thick and bulky design, but this concept does give a look at how various sensors might possibly be incorporated into the product.

ZacNicholson
glad to see they got flappy bird on the watch :D
Score: 12 Votes (Like | Disagree)

I'd be disappointed if Apple's motivation is "We can do some stuff a bit better, or a bit flash-ier, than what's out there." Personally I want a game changer or don't enter the market at all.

Then again, it would be easy money for them but I'm a romantic... let me dream.
Score: 8 Votes (Like | Disagree)

Another concept, another day. Yawn.

I very much doubt iWatch will look anything like that.

illicit2k1
Looks like an android version of an iWatch concept from a year ago: 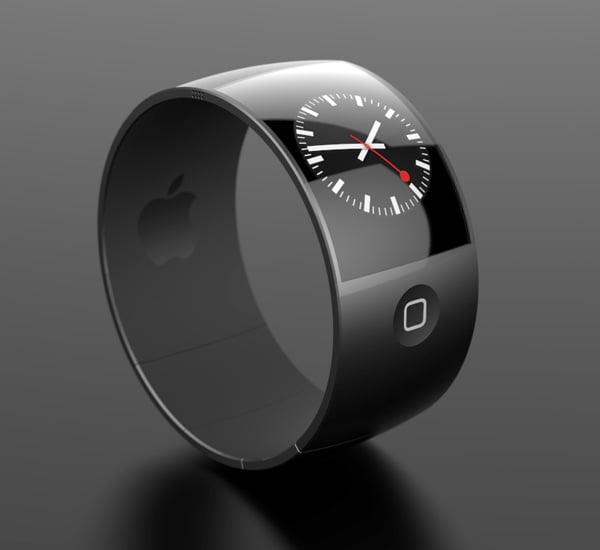 Another concept, another day. Yawn.

I very much doubt iWatch will look anything like that.


I also doubt it is going to run what looks to be android at worst, or a terribly skinned iOS at best.
Score: 3 Votes (Like | Disagree)
Read All Comments

Friday June 24, 2022 2:52 am PDT by Hartley Charlton
Apple is "likely" to announce its long-rumored mixed-reality headset as soon as January 2023, Apple analyst Ming-Chi Kuo has reiterated. Concept render based on purported leaked information by Ian Zelbo In a detailed post on Medium, Kuo explained that Apple's headset will be a "game-changer" for the augmented-reality and virtual-reality market. Describing some of the headset's...
Read Full Article • 103 comments