Tim Cook and other tech executives will meet with President Obama tomorrow to discuss the Healthcare.gov website, as well as "national security and the economic impacts of unauthorized intelligence disclosures". In addition, the group will discuss ways the Obama administration can partner with the tech sector to grow the economy and create new jobs.

According to a report from Time:

“Tomorrow, President Obama will meet with executives from leading tech companies to discuss progress made in addressing performance and capacity issues with HealthCare.Gov and how government can better deliver IT to maximize innovation, efficiency and customer service,” a White House official said. “The meeting will also address national security and the economic impacts of unauthorized intelligence disclosures. Finally, the President will discuss ways his Administration can partner with the tech sector to further grow the economy, create jobs and address issues around income inequality and social mobility.” 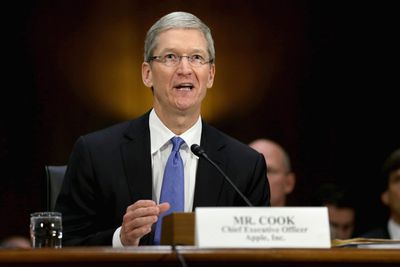 According to the report, the following executives will attend:

Earlier this month, Apple, Google and a number of other tech companies urged the President and Congress to reform government surveillance tactics.

Concerns about government use of user data collecting ramped up in June, when a U.S. government program named PRISM was revealed to be giving the U.S. National Security Agency direct access to user data on corporate servers across a wide spectrum of Internet companies including Microsoft, Yahoo, Google, Facebook, PalTalk, AOL, Skype, YouTube, and Apple.

In response, Apple published a statement of "Commitment to Customer Privacy" denying its participation in the NSA's program and teamed up with a number of tech companies to request greater NSA surveillance transparency, allowing it to provide customers with regular reports on security related requests. Last month, Apple published a report outlining statistics on government and law enforcement requests it received from January to the end of June.

Apple and other companies also met with President Obama in August to discuss privacy issues and government surveillance. Recently, Apple and 30 other technology corporations signed a letter urging the U.S. Congress to pass the Surveillance Order Reporting Act of 2013 and the Surveillance Transparency Act of 2013, which would result in increased surveillance disclosures and would give technology companies the right to publish detailed statistics on demands for user data.

Really? I thought CBS did a great job of ball washing the NSA. Might as well have been produced by the PR team of the NSA.
Score: 13 Votes (Like | Disagree)


Please don't tell me you fell for the propaganda on last night's episode? :o
Score: 9 Votes (Like | Disagree)

You feel better after watching a program from an untrustworthy news source where they interview pathological liars? How...naive.

This just in, the NSA Spying program has been found to be unconstitutional.
http://www.bbc.co.uk/news/world-us-canada-25410064
The judge called called the NSA's surveillance programe "indiscriminate" and an "almost Orwellian technology that enables the government to store and analyze the phone metadata of every telephone user in the United States".

Not that they will stop doing it or anything.
Score: 8 Votes (Like | Disagree)

cclloyd
All CEOs: "Obama, please get rid of the NSA."

These talks should be transparent to the public and not behind closed doors. How do we really know what they are talking about?
Score: 7 Votes (Like | Disagree)
Read All Comments

Sunday January 16, 2022 3:37 pm PST by Joe Rossignol
A bug in WebKit's implementation of a JavaScript API called IndexedDB can reveal your recent browsing history and even your identity, according to a blog post shared on Friday by browser fingerprinting service FingerprintJS. In a nutshell, the bug allows any website that uses IndexedDB to access the names of IndexedDB databases generated by other websites during a user's browsing session....
Read Full Article • 198 comments