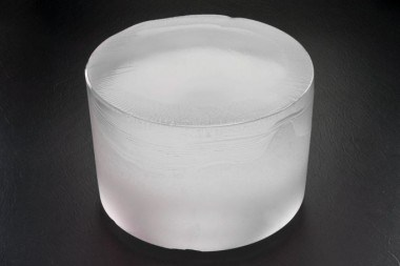 Before the announcement of its Apple partnership and the new 700-employee manufacturing facility in Arizona, GT Advanced Technologies only generated 11 percent of its revenue from its sapphire business.

Going forward, with the new Apple deal, GT Advanced will see sapphire production as its main source of revenue, increasing its sapphire sales by as much as 15 to 16 times, according to a report by Cantor Fitzgerald analyst Brian White (via AllThingsD).

We do not expect sapphire to replace Corning's Gorilla Glass on the iPhone or iPad in the coming quarters; however, we believe sapphire could gain traction in new small form factor applications or high-end devices with Apple in the future.

AllThingsD agrees that the increase, suggesting that "Cupertino has big plans and broader uses for the sapphire material" that it currently uses in iPhone camera lenses and fingerprint-recognition buttons.

According to the press release GT Advanced released on Monday, Apple is requiring GT to maintain a minimum level of capacity and the company will be subject to certain exclusivity terms. More interestingly, GT expects to see its gross margins to drop significantly as production rises, though the recurring revenue stream from Apple will be strategically important to the company.

Apple currently uses small pieces of sapphire glass -- which provides superior durability and scratch resistance to other forms of glass -- to protect the cameras on the iPhone and on the home button for the new Touch ID-equipped iPhone 5s. A report from earlier this year suggested that future smartphones may use sapphire, a crystalline form of aluminum oxide, instead of more traditional forms of glass.

One possible destination for Apple's new sapphire glass production is in a potential smart watch project. Sapphire is already extensively used in high-end watchmaking and could be more feasible on a small screen than the larger display on a smartphone or tablet.

Sapphire is very hard as we all probably know by now, but not very tough, and such a large piece of it as an iphone or ipad screen could be quite prone to shattering if struck by another solid object. Apple better laminate that screen damn carefully, because I don't want to know what kind of damage sapphire splinters could possibly cause to a person... Hardened glass for example breaks into fairly small lumps that are relatively harmless, but if sapphire forms long pointy superhard needles things could get ugly.


SAPPHIRE GLASS DOES NOT SPLINTER.


Glass splinters because it is made up of many small fuzed particles with many imperfections. Sapphire is grown from a single crystal and does not have such imperfections. Instead when you crack it it has just cracks along a solid line, or a small set of lines, which is actually not very sharp or prone to cutting. Sapphire NEVER splinters into thousands of little pieces but cracks into many large shards.
Score: 4 Votes (Like | Disagree)


So far in 2013, sapphire accounted for just $29 million in revenue


Oh man. "Just" 29 big ones. What a drag. Made 29 mill myself last year and thats all I could think about. Made the new year very tense. "WHY LORD, WHY???? JUST 29 million. Couldn't it have been an acceptable 50 mill. How am I supposed to live on 8 figure sums":rolleyes:
Score: 3 Votes (Like | Disagree)

swingerofbirch
It's fascinating how this cottage industry of specialized glass has grown so much. The original iPhone was supposed to ship with a plastic screen and was switched to glass before shipping.
Score: 3 Votes (Like | Disagree)

mrxak
Sapphire is used for nice watches. If Apple makes a watch, it would almost be shocking if the face wasn't sapphire.
Score: 2 Votes (Like | Disagree)