Future Smartphone Displays May Use Sapphire Instead of Glass 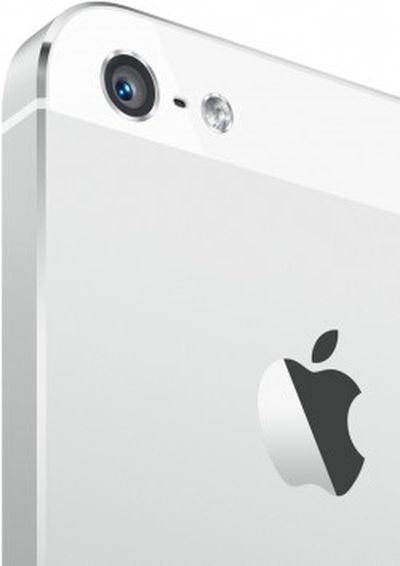 While Apple has received much praise for the aesthetics of its iPhone designs, it has also received criticism over durability issues, with many users unfortunately experiencing the problems with glass displays after dropping their devices onto hard surfaces. The iPhone 4 and 4S in particular have received criticism for their use of glass rear panels in addition to the front panel needed to accommodate the devices' displays.

Although the surface of the iSight camera is as clear as glass, it’s not made of glass. It’s actually sapphire crystal, whose hardness is second only to diamond on the scale of transparent materials. That means the surface of the lens is far less likely to scratch.

As MIT Technology Review reports, however, smartphone users may find their entire screens covered by sapphire instead of glass in the relatively near future.

Sapphire, a crystalline form of aluminum oxide, probably won’t ever be as cheap as Gorilla Glass, the durable material from Corning that’s used to make screens on iPhones and other smartphones. A Gorilla Glass display costs less than $3, while a sapphire display would cost about $30. But that could fall below $20 in a couple of years thanks to increased competition and improving technology, says Eric Virey, an analyst for the market research firm Yole Développement. And since sapphire performs better than glass, that price could make it cheap enough to compete, he says.

Virey says that all major mobile phone makers are considering using sapphire instead of glass, with some high-end smartphones perhaps moving to sapphire as soon as late this year. The report does not, however, address whether Apple is seriously looking at expanding its use of sapphire beyond the camera cover glass.

The report also outlines how cheaper options involving laminating a thin layer of sapphire onto a cheaper material are also under development, moves that could bring the price premium over Gorilla Glass to only three or four times with the potential to come down even further.

Corning is of course not standing still with its Gorilla Glass products either, having announced Gorilla Glass 3 earlier this year. The new glass offers significantly greater strength and scratch resistance than its predecessors and could also be used to make thinner displays.

when the time comes, we should only worry about dropping the phone on diamonds


Future threads on MacRumors: I dropped my bag of diamonds on the floor and consequently dropped my iphone on the diamonds, will apple replace my phone for free?
Score: 26 Votes (Like | Disagree)

I don't know about the need for this. Gorilla Glass 3 seems pretty darn good and I can't see Apple wanting to see $20-30 being chipped away from their profit margins.


Of course not.
$60 will be added to the Sapphire model to cover the $20-$30 material cost.
There will be stampedes in the waiting lines and Anderson Cooper will have on the scene coverage.
Score: 14 Votes (Like | Disagree)

needfx
when the time comes, we should only worry about dropping the phone on diamonds
Score: 14 Votes (Like | Disagree)

LorPGDL
meh, not impressed. i crush diamonds with my nokia 3310.
Score: 11 Votes (Like | Disagree)

daneoni
Sweet. My watch has a sapphire face and whilst there are scratches all over the bracelet, the face is still pristine. Problem with sapphire on a phone is that although scratch resistant, it easily shatters.
Score: 9 Votes (Like | Disagree)

I've never dropped my iPhone. Not to say that it can't happen, but there are people that are just plain careless.

I've dropped my phone twice, one onto its back once onto its front. No scratches on the screen, just some dings in the bezel. I was lucky!
Sure it was because I was careless. I was holding my phone as a flashlight and it slipped out of my hand. Or once I was holding my phone while getting my son out the car and dropped it onto the parking lot. But just because I was a bit careless doesn't mean I wouldn't appreciate Apple making efforts where they can to protect against it.
Accidents happen to everybody. Are you really that arrogant to suggest they never happen to you?
Score: 7 Votes (Like | Disagree)
Read All Comments