Thursday September 12, 2013 9:53 am PDT by Eric Slivka
Alongside the new A7 main chip unveiled in the iPhone 5s this week, Apple also featured a new "M7" motion coprocessor designed to capture motion data to support new features such as health and fitness applications. As Apple notes on its feature page, the chip can also enhance mapping and location functions, helping the iPhone 5s sense and interpret movement.

M7 knows when you’re walking, running, or even driving. For example, Maps switches from driving to walking turn-by-turn navigation if, say, you park and continue on foot. Since M7 can tell when you’re in a moving vehicle, iPhone 5s won’t ask you to join Wi-Fi networks you pass by. And if your phone hasn’t moved for a while, like when you’re asleep, M7 reduces network pinging to spare your battery. 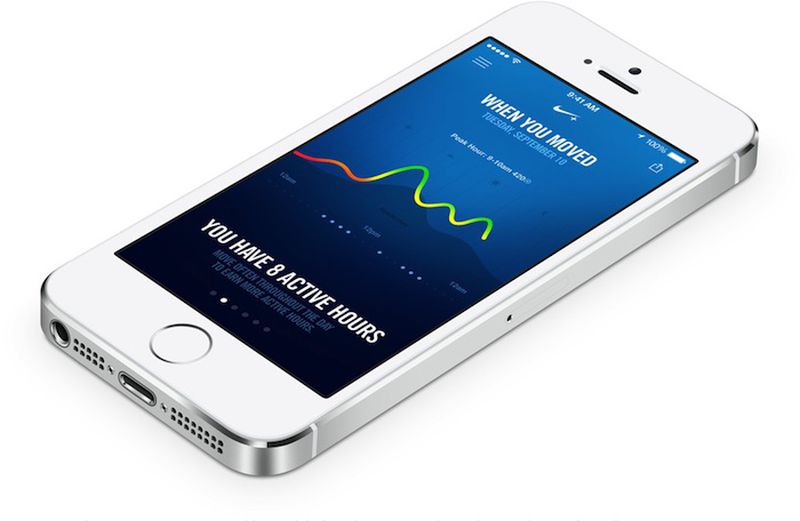 But beyond those mapping and navigation features, Apple is also working on tapping into the power of the M7 to add additional enhancements in future software updates, according to a report from 9to5Mac. Those improvements include the ability to help find a parked car as well as new features for public transit navigation and indoor mapping.

Sources say that Apple is testing a tool for its Maps app that, with the M7 chip, could analyze when your car is parked. When you park your car, the iPhone will register the car’s location. Now when you return to the parking lot, your iPhone will be able to help you assist with finding your car since it knows the vehicle’s location.

Besides the car-finding feature, Apple is also working on other mapping features. Apple is said to be planning notable updates to its Maps app in iOS 8, and the company is currently working on implementing both public transit directions and indoor mapping features (which Google already has on iOS).

These potential additions should be no surprise of course, as Apple has revealed its interest in such features through recent acquisitions of several smaller companies. In particular, Apple has acquired public transit app firms HopStop and Embark and indoor mapping firm WifiSLAM within just the past six months.


True. But it's still part of why I'm in the Apple ecosysytem and not Android. Yes, they both collect information about us. (I would bet Google collects the most). Apple uses that information to give us a better experience. Google will also provide you key information to improve your experience, but they are also heavily leveraging that info for advertisments etc.
Rating: 54 Votes


Please, you're not that important :rolleyes:
Rating: 50 Votes


No one is interested in what your mom packed in your Transformers lunch box this morning :D
Rating: 32 Votes

joneill55
Better user experiences is the driving force behind Apple designs and why I am firmly entrenched in their ecosystem. Some are more successful than other at times, but their relentless pursuit of perfection and commitment to refinement of the user experience are notable and appreciated by this shareholder/customer.
Rating: 20 Votes

I wonder why they don't use this a marketing strategy? Instead they use this 'Touch ID'. WOW...

For me this M7 chip is the innovation within the 5S, not the chip itself but the idea of how you can use it. Seriously, WTF Apple!?


You're seriously missing the power of Touch ID that is going to be unlocked as soon as iCloud Keychain comes to iOS 7 (maybe with the Mavericks launch). Imagine going to any website that requires a password and tapping a button to auto-fill the password and just having to touch the fingerprint sensor to access your keychain. You could even log into third-party apps if they open up the API for an app to retrieve its specific credentials -- they just need to ensure that one app cannot impersonate another.

Touch ID is going to be indispensable in mobile phone usage. It will bring the power of 1Password to a smartphone with one-touch unlock. You will also see Touch ID on iPads and on MacBooks and possibly on Apple's stand-alone trackpad -- though there are some security issues with transmitting the fingerprint over wireless from the trackpad.

M7 is cool too, but Touch ID marketing is heavily muted right now because Apple is obviously making sure they can properly secure user passwords from the likes of the NSA in the wake of recent news (hence the delayed launch of iCloud Keychain).
Rating: 12 Votes

Mac'nCheese
Like the part about not joining wi-fi networks when you drive by. That happens on my iphone a lot when driving home. I'll stop at a light and try to do something real quick and my phone has joined a really weak network (optimum usually, they cover most of my ride home but poorly...) and it takes longer to do then if I just used my cell data.
Rating: 9 Votes

Eriamjh1138@DAN
The M7 will be critical to the iWatch. Just wait.
Rating: 7 Votes


You are sooo important. I would also be worried if I was as important as you :rolleyes:
Rating: 5 Votes

For example: Obama and the IRS scandal

So Apple announce a finger print scanner and show how you can unlock your phone with it - WOW. The spent no time explaining to consumers how cool this feature could be. Where was paypal, square, banks showing the cool uses of this feature for consumers.

Apple is meant to show us how cool their features are. This lacked that completely.


They've specifically stated there will be no API for the sensor, and that it is only used by the phone's OS.
Rating: 4 Votes