Apple May Be Shifting Back to Samsung for Future Display Production 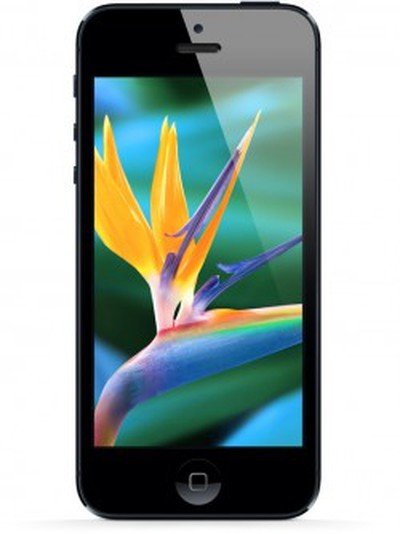 Despite an ongoing lawsuit with Samsung that has led to ever increasing animosity between the two companies, Apple is said to be considering new contracts with Samsung to provide displays for its product lineup. According to Korean site ETNews.com (via AppleInsider), Apple is planning to resume purchasing LCDs from Samsung Display as the company is better equipped to keep up with high demand.

As the thin glass process was adopted to the production of touch screen panels, the related industry is expected to show stiff growth every year - there are very few Japanese or Taiwanese competitors in the thin glass market.

Late last year, it was reported that Apple and Samsung would cut display ties in 2013, with Apple instead relying on other suppliers like LG Display and AU Optronics. Apple also cut back on memory orders from Samsung and in April, news hit that Apple would exclude Samsung from the development of its A7 system-on-a-chip, shifting production to Taiwan Semiconductor Manufacturing Company instead.

If Apple is indeed willing to begin mending ties with Samsung, the shift back to Samsung Display comes just as the company begins preparations for both the fifth generation iPad and the iPhone 5S. Reports have suggested that Apple will begin production of the next iPhone in June, with iPad production following shortly after in July.

arctic
Shifting Back to Samsung

Bloody so. The Samsung panels utilized for the retina Macbook Pros are far better than the LG ones.
Score: 26 Votes (Like | Disagree)

samcraig
Grabs the popcorn because you just know people are going to go ape over this and this thread will be fun to watch...

PollyK
So what happened to all the huffing and puffing Apple was doing in regards to getting rid of Samsung. Let's not forget all the posters on this forum singing the praises of Apple for making the choice to minimize Samsung as a supplier. and all that ridiculous talk about how Apple doesn't need Samsung. This is a prime example how you never let your emotions mix in with business. Bottom line, there is no supplier that can offer the quality and quantity of parts like Samsung. And this is why they are the prime player that has risen in the market to challenge Apple.
So how many times has Apple come back to Samsung now? I recall this happened a few other times.
Score: 16 Votes (Like | Disagree)

Krauser
As they should. As far as panels go, they're the best in the business. Case and point, the MacBook Retina displays. Apple should be worrying about what's best for the consumers to create the best product they can. If Samsung offers the best panels, the right thing to do is utilize them. If they want to hold true to their word of "making the best products they possibly can", they need to do it, even if it means working with a competitor.
Score: 14 Votes (Like | Disagree)

Why can't Apple just make the displays themselves? And assemble the phone themselves? Get rid of middle men which would get rid of the product leakers! Because they could have Cupertino-level secrecy in an Apple factory too!

Use their billions to make their own Apple factories!


If it were that "simple" - they would have. Clearly it's not.
Score: 13 Votes (Like | Disagree)
Read All Comments

Monday May 10, 2021 10:41 am PDT by Juli Clover
Apple's upcoming iPhone 13 models will be slightly thicker than the iPhone 12 models and will also feature larger, thicker camera bumps with lenses that protrude less, according to iPhone 13 schematics seen by MacRumors. The new iPhone 13 and 13 Pro models are expected to feature a thickness of 7.57mm, up from 7.4mm in the iPhone 12 models. That's an increase of 0.17mm, which won't be hugely ...
Read Full Article • 178 comments