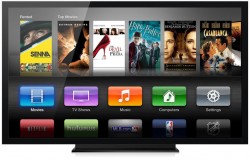 Technology journalist Jessica Lessin, formerly of The Wall Street Journal, reports that Apple has been negotiating with cable companies and TV networks to allow customers to skip commercials and Apple would compensate programmers for the lost revenue.

Viewers could potentially pay Apple to skip commercials on a per show or per channel basis, get live commercial-free viewing of new episodes with the purchase of a Season Pass on the iTunes Store, or Apple could even offer an entire commercial-free TV subscription service.

In recent discussions, Apple told media executives it wants to offer a "premium" version of the service that would allow users to skip ads and would compensate television networks for the lost revenue, according to people briefed on the conversations.

Consumers, of course, are already accustomed to fast-forwarding through commercials on their DVRs, and how Apple’s technology differs is unclear.

It is a risky idea. Ad-skipping would disrupt the entrenched system of television ratings—the basis for buying TV ads. In fact, television broadcasters sued Dish Network when it introduced similar technology last year.

Apple CEO Tim Cook said at the D11 conference earlier this year that the company has a "grand vision" for the television, and that the current TV viewing experience "could be better". It's been previously reported that Apple wants to erase the distinction between live and on-demand video content.

Apple is rumored to have both a full-on television set as well as a more conventional set-top box in the works, in addition to its existing "hobby", as Tim Cook calls the current Apple TV box.

Chupa Chupa
The irony of ad skipping is that the best shows on TV these days are on premium pay channels w/o ads. And everything most people watch DVR style and FF the ads anyway. So interesting idea, but it doesn't get me excited.

What would get me excited, but can't happen, is a completely a la cart "build your own" cable service.
Rating: 13 Votes

senseless
How will I ever know what class action medical lawsuits I might be qualified for?
Rating: 10 Votes

Pyrrhic Victory
I think the world would be a better place if people watched less TV,
Rating: 10 Votes

lkrupp
What part of "Nothing is Free" don't people get? Skipping commercials means fewer sales for advertisers. Fewer sales for advertisers means they start spending less on ads. Spending less on ads means less money for producing content. It's called a feedback loop, a downward spiral. Without ads content producers must charge more for their product to providers and subscription prices go up more than they already are. Paying to skip ads is one possibility but the bottom line still remains. We, the consumers, are going to pay one way or the other.

So rant all you want to about skipping ads, about the price of cable, satellite, and any other service provider. You will pay more for your favorite show. You are not getting away with anything, no matter what you think.
Rating: 10 Votes

The irony of ad skipping is that the best shows on TV these days are on premium pay channels w/o ads. And everything most people watch DVR style and FF the ads anyway. So interesting idea, but it doesn't get me excited.

What would get me excited, but can't happen, is a completely a la cart "build your own" cable service.


I hope it's clear the profound difference between skipping and fast forwarding.

It's might seem like a subtle thing, but I think it's really, really important. It's a senseless pain point.
Rating: 8 Votes

OrangeSVTguy
Already pay for cable. There shouldn't be commercials anyways since I thought that's what my money was for. Guess it's all about greed anyways.
Rating: 8 Votes

StarPower
This is the revolutionary Apple I know and love. They're going to get ganged up on and hated on more than ever by Media companies and their allies. It's a ballsy move and I hope consumer sheep don't buy into the hate that will come from this waged war as this is once again something Apple is doing to improve THEIR lives. Apple needs all the strength they can generate to make this revolutionary step.
Rating: 5 Votes

Leonard1818
won't be going back to cable any time soon. Give me details of your subscription-service, Apple... then we'll talk.
Rating: 5 Votes

pawelthegreat
Oh, yes, please!
If someone can do this, it's Apple. It will be a long, up-hill battle, though.
Rating: 5 Votes

Sandstorm
All I want is App Store for Apple TV... :o
Rating: 4 Votes