Tim Cook at D11: Apple Television - There is a Grand Vision 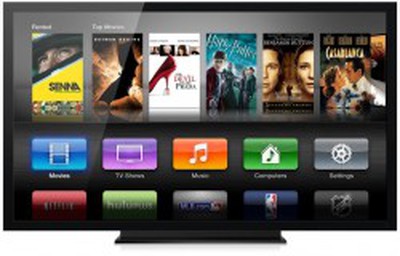 At the D11: All Things Digital conference in Rancho Palos Verdes, California, Walt Mossberg and Kara Swisher sat down with Apple CEO Tim Cook to ask him questions on a number of topics. The discussion unsurprisingly included the much rumored Apple branded television set and the overall TV experience, which Cook said "could be better."

When questioned about whether or not content deals were holding up the possibility of an Apple television, Cook declined to comment, but he did reiterate that television is an area of intense interest for Apple.

I don't want to go into detail, but it continues to be an area of great interest for us. The product and relationships we've built provide a lot more knowledge than we would have otherwise. And popularity has been larger than we thought, and we aren't marketing it.

Cook again declined to comment when pressed once more about Apple's future television plans, but he did confirm that there is a "grand vision" in place.

After Walter Isaacson's biography of Steve Jobs was published with a passage on Jobs' desire to revolutionize the television industry, speculation about a possible Apple "iTV" ramped up.

Rumors flew about the iTV throughout 2012, but slowed down towards the end of the year as no solid hints about the product materialized, and few additional details have emerged. Most recently, an April rumor suggested that a 60-inch iTV might launch in late 2013.

During the interview Cook also revealed that interest in the current Apple TV remains strong, with 13 million total set top boxes sold all together. Cook's full commentary can be found in our coverage, available here.

Unfortunately for Tim, xbox one beat them to the punch. All Apple can do is get a couple network deals and lay their UI on the TV experience. If they are allowed to BE the cable provider, it will be an improvement over the xbox and will be amazing, but we know that is not happening.

I seriously hope we are not forced to buy a new TV either.


Microsoft never "beat them to the punch" they simply have fast switching between things. Cable/Satellite is outdated, I canceled my subscription 3 years ago, I don't want the hassle of having to watch things when they want to play it. The winner will be who can easily get to and play content the fastest & easiest
Score: 6 Votes (Like | Disagree)

Unfortunately for Tim, xbox one beat them to the punch.


Xbox didn't "beat" anyone to anything. Xbox was and still is a lousy TV platform - it is still controlling your Cable/Sat box with IR repeaters, like it's 2002. And it has no visibility to your DVR recording. This is not the future of TV, it's the past.
Score: 5 Votes (Like | Disagree)

I agree with Cook - I really like my :apple:TV, but I don't love it, not the way I love iOS devices or macs. It's a good product, but the interface could be better (gotta drill down like 6 menus to get to a netflix show you want to watch), and, of course, it's still an auxiliary product, not a replacement for the TV interface provided by a cable provider. Good start, long way to go.


Xbox One is just like Google TV in regards to the TV portion.

Its not what people want.
Score: 5 Votes (Like | Disagree)

"Grand Vision" is a refreshing change from "Magical & Revolutionary"
Score: 4 Votes (Like | Disagree)

Unfortunately for Tim, xbox one beat them to the punch. All Apple can do is get a couple network deals and lay their UI on the TV experience. If they are allowed to BE the cable provider, it will be an improvement over the xbox and will be amazing, but we know that is not happening.

I seriously hope we are not forced to buy a new TV either.

I'm pretty sure the Xbox One is one of the most publicly hated announcements in Microsoft's history...
Score: 4 Votes (Like | Disagree)
Read All Comments