Craig Federighi (left) and Dan Riccio (right)
Federighi succeeded Bertrand Serlet as head of Mac Software Engineering in early 2011, but was not elevated to the senior executive team at that time. Riccio is currently transitioning to lead Hardware Engineering as Bob Mansfield steps down.

As senior vice president of Mac Software Engineering, Federighi will continue to be responsible for the development of Mac OS X and Apple’s common operating system engineering teams. Federighi worked at NeXT, followed by Apple, and then spent a decade at Ariba where he held several roles including vice president of Internet Services and chief technology officer. He returned to Apple in 2009 to lead Mac OS X engineering. Federighi holds a Master of Science degree in Computer Science and a Bachelor of Science in Electrical Engineering and Computer Science from the University of California, Berkeley.

Riccio, as senior vice president of Hardware Engineering, will lead the Mac, iPhone, iPad and iPod engineering teams. He has been instrumental in all of Apple’s iPad products since the first generation iPad. Riccio joined Apple in 1998 as vice president of Product Design and has been a key contributor to most of Apple’s hardware over his career. Dan earned a bachelor’s degree in Mechanical Engineering from the University of Massachusetts Amherst in 1986.

Apple has also announced that Mansfield will remain with the company rather than retiring as previously announced, staying on to "work on future products" and reporting directly to CEO Tim Cook.

lol at their fake hairweave


That's not very nice. Post your photo here and let us all critique your appearance.
Score: 18 Votes (Like | Disagree)

...the guy who killed Mozart! 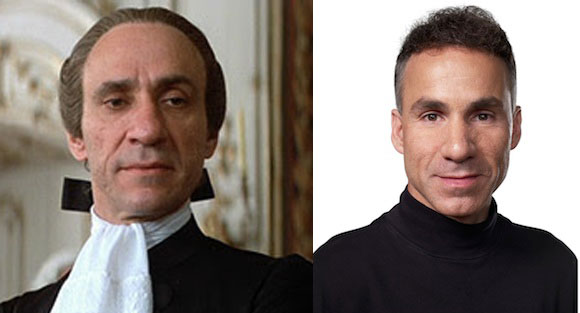 Blackberryroid
It must be really weird to retire and then take it back.
Score: 11 Votes (Like | Disagree)
Read All Comments

Tuesday April 13, 2021 2:21 pm PDT by Sami Fathi
Following the overnight Siri leak and subsequent announcement that Apple will hold a media event on Tuesday, April 20, a new Twitter hashflag has appeared to help provide visibility for the event on the platform. For the last several recent events, Apple has utilized hashflags, which are little icons next to hashtags on Twitter, as a way to market its events. The company first started the...
Read Full Article • 83 comments

Wednesday April 14, 2021 2:08 am PDT by Sami Fathi
Apple is advising its authorized premium resellers and dealers to prepare for new products with 10 and 12 digital serial numbers, days ahead of when it's expected to reveal a slew of new products. MacRumors previously reported that Apple plans to switch to randomized serial numbers for future products starting in early 2021. The company now seems to be preparing for that roll-out, telling...
Read Full Article • 37 comments

Tuesday April 13, 2021 10:45 pm PDT by Juli Clover
The upcoming 2022 iPhone lineup will feature two 6.1-inch devices and two 6.7-inch devices, with no mini-sized 5.4-inch iPhone, well-respected Apple analyst Ming-Chi Kuo said in a note to investors that was seen by MacRumors. Two of the iPhones will be high-end models and two of the iPhones will be lower-end models, similar to the current iPhone 12 lineup. Apple introduced the 5.4-inch...
Read Full Article • 164 comments