Apple is expected to hold a press conference in the coming weeks to introduce its fall lineup for the iPhone and iPod touch. Most of the rumors have been focused on the next iPhone revision, and there has been very little information about the next-generation iPod touch.

MacRumors has received information indicating that the next iPod touch revision will be a very minor change, with the primary addition being the introduction of a new white model. Only minor changes are expected for the existing hardware, with the addition of an oleophobic coating for the display and a revised ambient light sensor seemingly being the main differences. Otherwise, we expect the models to be nearly identical to the current fourth-generation iPod touch model.

Our information confirms previous reports by Concord Securities analyst Ming-Chi Kuo, who had indicated that there would be few, if any, distinguishable changes from last year's iPod touch model. 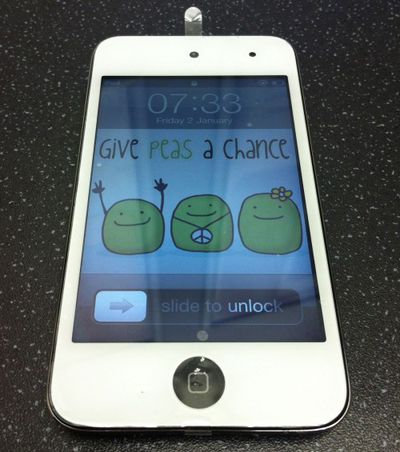 This news would conflict with ambitious reports of 3G-enabled iPod touches this year, and also extinguish speculation that the tapered iPhone 5 case design might actually have represented the fifth-generation iPod touch.

The new models are expected to be announced alongside the iPhone in the first week of October with availability in the middle of the month. The iPod nano is also expected to get a minor revision at the same time.

Other reports have pinpointed dates in the first or second week of October for the actual announcement date. We've heard similar whispers, but suspect the date has been a moving target. Finally, we have also heard independently that the Golden Master of iOS 5 is targeted for September 23rd, lining up with the iCloud data reset.

applefan289
I think Apple could bring out an iPhone 4 and call it the iPhone 5 and sell it like crazy.
Score: 12 Votes (Like | Disagree)

In order for it to use iOS 5, it will need built in Wi-Fi to connect. And if it has that, it won't need a whole lot of memory.

Who wants to be Apple is waiting for the Back 2 School promo to end before sending out invites ?

Isn't that how it went the previous years for the iPod event ?


Why would it matter, they aren't giving away free iPods with the Back 2 School promo this year?
Score: 9 Votes (Like | Disagree)