Earlier this week, it was revealed that Apple in late July had once again lost an iPhone prototype in a bar, mirroring an event that took place in 2010 ahead of the iPhone 4 launch. According to the report, Apple and San Francisco police tracked the device to a home in the Bernal Heights neighborhood of San Francisco and conducted a search, but were unable to find the device. 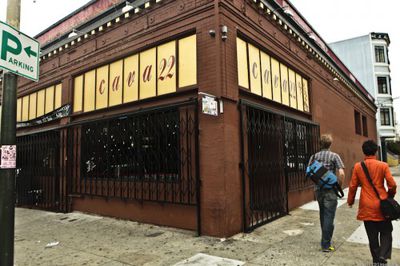 That account was quickly called into question yesterday after the San Francisco Police Department reported that it had no records of such an investigation. SF Weekly follows up with a new report today interviewing the man whose home was searched and suggesting that Apple security personnel may have posed as police officers during the search, a criminal offense. Alternatively, police officers may have improperly assisted in the investigation without properly documenting their work.

[Sergio] Calderón said that at about 6 p.m. six people -- four men and two women -- wearing badges of some kind showed up at his door. "They said, 'Hey, Sergio, we're from the San Francisco Police Department.'" He said they asked him whether he had been at Cava 22 over the weekend (he had) and told him that they had traced a lost iPhone to his home using GPS.

At no point, he said, did any of the visitors say they were working on behalf of Apple or say they were looking for an iPhone 5 prototype.

Calderón claims that he allowed the investigators to search his home and car and to examine a computer to determine whether the lost iPhone had been synced with it. Coming away from the search empty handed, the investigators reportedly offered Calderón $300 to return the phone and left a phone number for him to contact them if he could offer further information on the device.

As the visitors left, one of them -- a man named "Tony" -- gave Calderón his phone number and asked him to call if he had further information about the lost phone. Calderón shared the man's phone number with SF Weekly.

The phone was answered by Anthony Colon, who confirmed to us he is an employee of Apple but declined to comment further. According to a public profile on the website LinkedIn, Colon, a former San Jose Police sergeant, is employed as a "senior investigator" at Apple.

A San Francisco Police Department spokesman has expressed concern about the purported series of events, noting that the department will investigate the incident.

Anthony Colon's LinkedIn profile has been deleted but we've saved an image of it.

chainprayer
Sir, I'm going to need to see some ID...

My theory is: we find the iPhone, we find Jimmy Hoffa's body.
Score: 35 Votes (Like | Disagree)

Why would Apple, the most secretive company in the world, not contact the police who would make a police report?


Only one possibility: Apple is the zodiac killer.
Score: 19 Votes (Like | Disagree)

I'm going to email Steve and get to the bottom of this! Will report back after I get in touch with Steve. :mad:

Arn, sorry for being Naive. But who is Anthony Colon?


read the article, and all will be revealed.

THis is really sounding outlandish. Either a). whoever runs Apple security is a numbskull, or b). this story is false.

Seems very unlikely a company security department would go out on a which hunt for a prototype. Why would they not contact police first? Makes no sense and when things don't make sense, they usually are not true.


Why would Apple, the most secretive company in the world, not contact the police who would make a police report?