Final Cut Updates in March or April? Xserve Controversy and Jobs on Blu-ray 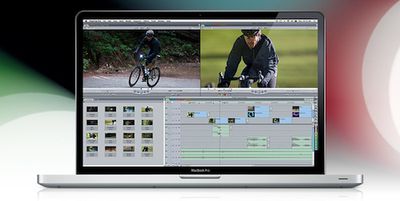 French site Hardmac has been keeping its ear to the ground when it comes to Apple's Final Cut video processing suites, noting today that it has heard that revised versions of the company's Final Cut offerings are likely to debut in March or early April. The report reiterates previous claims that the company may not be able to deliver all of the improvements hoped for by professional-level users, although the updates are still reported to be "substantial".

AS we reported earlier, all version of Final Cut should be unveiled in March or early April. It should be a substantial update when compared to the previous version, but not sure it could bring all new features expected by all Pro users.

According to today's report, Apple has separate versions of Final Cut running as betas for Mac OS X Snow Leopard and Lion, with some features claimed to be Lion-only due to changes to QuickTime in the forthcoming operating system update. Mac OS X Lion is not scheduled to launch, however, until "summer" 2011.

Last year, following concerns over rumors that Apple will be focusing the next version of Final Cut more on mainstream users than professional-level users, both Steve Jobs and Apple sought to reassure customers that the next version will be "awesome" and satisfy professional users.

Hardmac also weighs in on a couple of other topics in today's report: Xserve and Blu-ray. According to the report's sources, there continues to be substantial turmoil over the imminent discontinuation of Apple's rackmountable server line due to poor sales. A number of high-profile users, including Apple director and former Genentech chairman Art Levinson, have reportedly complained about the discontinuation, and while Hardmac indicates that "this storm is maybe not over", it is unclear if Apple is contemplating some alternative to canceling the Xserve line.

With regards to Blu-ray, sources indicate that Jobs still considers the technology to be a "bag of hurt", with DRM restrictions and licensing issues that make the format unattractive. According to the report, Jobs noted during a recent internal meeting that he is "ashamed" that Apple's name is associated with the Blu-ray format through its position as a member of the Blu-ray Disc Association's board of directors, a role it has held since 2005.