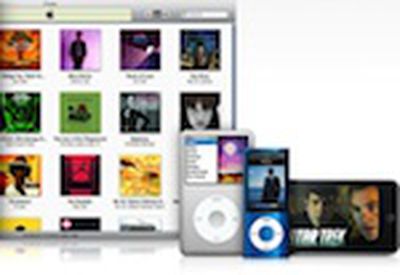 Boy Genius Report claims to have received information from an Apple source noting that the company is finally gearing up to launch its cloud-based iTunes initiative, a program that will also included wireless syncing for devices.

We have been told iTunes will be getting a huge cloud capability that many people have been asking for (and logically thought would happen sooner or later). These new capabilities are broken down into three groups:

The report claims that Apple's cloud-based streaming service will allow "pretty much any" Apple device with Wi-Fi capabilities to stream purchased content stored on Apple's servers. Home-based streaming is expected to work in a similar fashion, allowing users to access content stored on other devices as is supported in a limited fashion for some devices today. Apple CEO Steve Jobs addressed the topic of syncing media to the cloud at the All Things Digital conference last month, noting that the company is "working on it".

As for wireless syncing, which Jobs also recently promised "someday", the report claims that apps purchased on iOS devices will immediately sync back to the devices' host computers, with syncing of calendars, notes, and contact also supported as can be accomplished by MobileMe syncing today.

Finally, the source adds in a brief hardware claim, pointing to Apple's traditional iPod-focused media event, usually held in September, as a venue for the introduction of at least "two new devices with camera/camcorder capabilities". It is unknown what exactly the source is referring to, although Apple's iPod touch is widely expected to gain camera functionality after having the feature appear in prototypes of the current generation of the device but be axed from the final released design. Apple's iPod nano also currently sports video camera capabilities, albeit at a relatively low resolution.