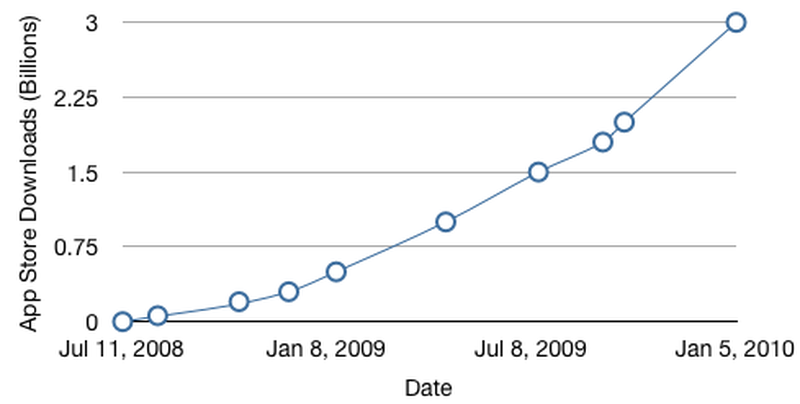 Apple today announced that users have now downloaded over three billion iPhone and iPod touch applications from the company's App Store since its July 2008 launch.

"Three billion applications downloaded in less than 18 months -- this is like nothing we've ever seen before," said Steve Jobs, Apple's CEO. "The revolutionary App Store offers iPhone and iPod touch users an experience unlike anything else available on other mobile devices, and we see no signs of the competition catching up anytime soon."

With the App Store having reached two billion downloads just over three months ago, the new milestone represents continued acceleration of growth for the store as Apple's handheld devices continue to attract significant numbers of customers. The App Store continues to be available to customers in 77 countries, offering applications in 20 categories.