How to Use Powerbeats Pro With Android Devices

Though designed for iOS devices, Apple's Beats-branded Powerbeats Pro are also compatible with Android smartphones and tablets, so you can take advantage of Apple's wire-free tech even if you're an Android user or have both Android and Apple devices. 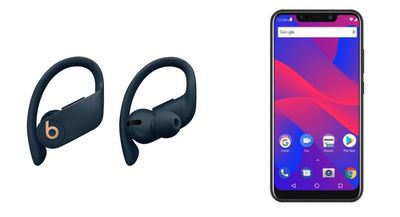 The downside to using ‌Powerbeats Pro‌ with Android is that you do lose some functions, like Apple's unique H1 chip pairing features and its Siri handsfree virtual assistant. ‌Powerbeats Pro‌ do, however, work like any other Bluetooth headphones on an Android device.

‌Powerbeats Pro‌ pair to an Android smartphone like any other Bluetooth device, but there are some specific steps to follow.

If you don't see the ‌Powerbeats Pro‌ appear in the list of available Bluetooth devices, try resetting the earbuds. Open the ‌Powerbeats Pro‌ charging case and press the case's button until the little white LED starts to blink. Wait a few moments, then refresh your available devices list and it should appear.

When paired with an iPhone, iPad, Apple Watch, or Mac, ‌Powerbeats Pro‌ offer a rich set of features thanks to the integrated H1 chip, the accelerometer and other sensors, as well as deep integration with Apple's devices.

Here's a list of AirPods features you lose out on when using the ‌Powerbeats Pro‌ with Android:

Despite the loss of functionality, even if you use Android devices exclusively, ‌Powerbeats Pro‌ are a great wire-free earbud option that outperform many other Bluetooth earbuds available for Android devices.