In April 2019, Google announced the launch of a free, ad-supported version of its YouTube Music streaming service for use with Google Home and other smart speakers that feature its voice-activated assistant. 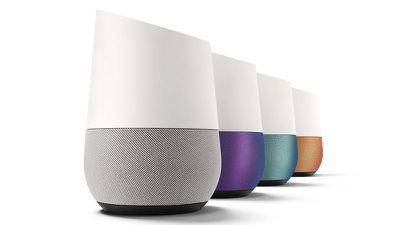 Essentially, the free streaming tier means that you can listen to songs from the YouTube Music catalog, interspersed with occasional ads, on your Google Home or other Google Assistant-powered speaker right out of the box.

With YouTube Music and Google Home, you can ask Google Home to play the right music for any moment or mood, and YouTube Music will play a station customized to your tastes based upon your request. So you could say, for example, "Hey Google, play music for working out," and your speaker will fill the room with some upbeat tunes.

That's all there is to it. If you have an Echo device instead of a Google Home device, you can listen to Amazon's new free music service instead just by asking Alexa to play a station based on a song, artist, era, genre, or an Amazon Music global playlist.

iGeek2014
And then find yourself spending more time listening to adverts than you do actual music....
Score: 7 Votes (Like | Disagree)

kis
And if you have a HomePod, you can listen to nothing fro free.
Score: 5 Votes (Like | Disagree)

Studies have shown most people can’t notice any different past this point. And if there is a difference it’s absolutely marginal on 99% of consumer speakers. Only on very high end ones would it be noticeable at all.
Score: 4 Votes (Like | Disagree)

YaBe
I personally like the idea, the quality is good enough to for casual listening, and offer added value to Google home, Apple should take a note for homepod and offer at least a Music lite version.
Score: 2 Votes (Like | Disagree)

A MacBook lover
Hmm...and have my conversations spied on, shared as audio files and sent over employee chat rooms, like Amazon did? No thanks.
Score: 1 Votes (Like | Disagree)
Read All Comments

5 hours ago by Joe Rossignol