Apple today released iOS 14.3 and iPadOS 14.3 to the public, introducing some notable new features. We've highlighted the biggest changes so you can get a quick overview of what to expect after installing it.

Priced at $9.99 per month and included in the highest-tier Apple One bundle, Apple Fitness+ is Apple's latest service that's designed to work with the Apple Watch. It offers guided workouts provided by Apple-hired trainers, with the Apple Watch used to track progress through the workout. 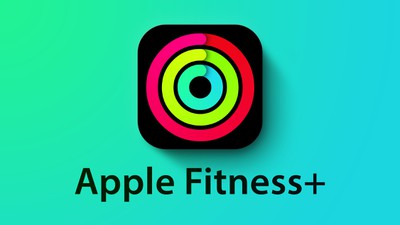 Read more about it in our Apple Fitness+ guide.

The update adds support for Apple's newest product, the AirPods Max over-ear headphones. Apple says the update enables high fidelity audio for rich sound, Adaptive EQ for adjusting sound in real time to the personal fit of the ear cushions, Active Noise Cancellation for blocking environmental noise, Transparency mode to hear the environment around you, and Spatial audio with dynamic head tracking for a theater-like experience.

iOS 14.3 brings the new ProRAW format to the iPhone 12 and iPhone 12 Pro Max. ProRAW is designed for those who prefer to shoot in RAW but also want to take advantage of the Apple image pipeline data like noise reduction and multiframe exposure adjustments.

ProRaw can be enabled in the Camera section of the Settings app for those who have installed the iOS 14.3 beta on a new ‌iPhone 12 Pro‌ or Pro Max. When activated, there's a RAW toggle in the upper right side of the camera app that can be tapped to turn it off or on.

ProRaw photos are approximately 25MB in size, so the feature may need to be used sparingly if ‌iPhone‌ storage space is an issue. ProRAW photos can be edited in the Photos app.

Siri in iOS 14 is able to replicate all manner of sounds, from animals to alarms, musical instruments, and more. You can ask ‌‌Siri‌‌ questions like "what does a humpback whale sound like?" or "what does a lion sound like?" to have ‌‌Siri‌‌ play the sound of a whale or a lion.

Apple added hundreds of different sounds, and on ‌iPhone‌ and ‌iPad‌, ‌‌Siri‌‌ will also display a picture of the animal or device and then link to more information from Wikipedia after playing the sound.

iOS 14.3 makes it easier and quicker to launch apps with custom icons from the Home Screen. When opening an app that has a custom icon created using Shortcuts, it is no longer routed through the Shortcuts app and is instead able to open much more quickly. There's still a banner that pops up, but it's a more streamlined experience than before.

Ecosia is a search engine that lets users fund the planting of trees when searches are conducted. iOS 14.3 allows Ecosia to be set as the default browser as an alternative to Google, Yahoo, Bing, and DuckDuckGo.

Apple is adding a new Apple TV+ tab that's designed to make it easier to discover ‌Apple TV+‌ original content and to make it less confusing for customers who have trouble discerning what's available through an ‌Apple TV+‌ subscription and what's not.

There's also an enhanced search feature for browsing by category like genre, and when typing in a search, Apple will provide recent searches and suggestions. Apple also now shows top search results with relevant matches across movies, tv shows, cast, channels, and sports.

There's a new Cardio Fitness feature for Apple Watch, which also shows up in the Activity app on the ‌iPhone‌. Cardio Fitness measures VO2 Max, which is the maximum amount of oxygen that your body is able to consume during exercise.

Measurements are done over time, with the ‌iPhone‌ and Apple Watch able to send notifications to let you know about VO2 Max fluctuations. VO2 Max is a metric that can help you chart your overall fitness level and fitness gains. Cardio Fitness can be accessed through a new trend that's been added to the Activity app, and it can be set up in the Health app on ‌iPhone‌. Cardio fitness levels are available for users age 20 and above, and are estimated by age.

Cardio Fitness information will vary based on age and sex, and will be categorized into one of four ranges: high, above average, below average, or low. Notifications will let you know if your cardio fitness is at a low level, providing motivation to move more. Apple Watch has previously been able to measure VO2Max, but the new feature includes support for lower ranges that have needed clinical testing in the past.

iOS 14.3 includes support for launching App Clips by scanning Apple-designed App Clip Codes using the Camera or the shortcut in the Control Center.

iOS 14.3 fixes a bug that could case some MMS messages to not be received, along with an issue that could prevent contact groups from failing to display members when writing a message.

Some videos were not appearing correctly when shared from the ‌Photos‌ app, and app folders could fail to open, both of which are fixed. Apple addressed a big that could cause opening apps from Spotlight to not work, and the Bluetooth option to fail to appear in Settings.

There's also a fix for a bug that could cause the MagSafe Duo Charger to fail to wirelessly charge an ‌iPhone‌ at less than the maximum power, with full release notes available in our iOS 14.3 release article.

Why 25 frames per second? I’ve never heard of that being a common frame rate.

You must have never left the US of A.

Hint. The yellow ones are on 25fps:

staggerlee41
Me: Siri play the sound of a Lion.

From my understanding, you shouldn’t use ProRAW unless you want to edit every single photo you take with it on. Another site said the default images are flat looking and requiring editing where as normal photos are largely good in terms of color.

That’s literally what it supposed to do. So it works as advertised.
If you’re actually planning on editing your photos down to the pixel, then you don’t want them already saturated and enhanced with machine learning or anything like that. You literally want exactly what is captured, no extra things.
Score: 10 Votes (Like | Disagree)

Not how RAW works on my Canon DSLR but sure.

That’s how RAW works on ALL cameras. It’s raw, unedited data. That’s the point. So you can edit the file how you see fit.

if you’re saying your camera has saturated/contrasty images, you’re not shooting raw or the camera is doing some kind of processing
Score: 6 Votes (Like | Disagree)

C DM
I'm thinking that various fixes and tweaks to exiting features might even be a bigger thing for different people over even the new features.
Score: 6 Votes (Like | Disagree)
Read All Comments

Saturday February 27, 2021 7:05 am PST by Juli Clover
HomeKit was slow to take off after its 2014 launch, but now that it's been around for seven years, there are hundreds of HomeKit products available, ranging from doorbells and speakers to TVs, lights, and cameras. In our latest YouTube video, we rounded up some of our favorite HomeKit products that we find most useful. Subscribe to the MacRumors YouTube channel for more videos. HomePod...
Read Full Article • 105 comments

Tuesday February 23, 2021 7:07 am PST by Hartley Charlton
Over the past week, some M1 Mac users have been reporting alarming SSD health readings, suggesting that these devices are writing extraordinary amounts of data to their drives (via iMore). Across Twitter and the MacRumors forums, users are reporting that M1 Macs are experiencing extremely high drive writes over a short space of time. In what appear to be the most severe cases, M1 Macs are sai...
Read Full Article • 697 comments