The A17 Bionic chip for next year's high-end models of the iPhone 15 lineup could be 35% more efficient compared to current iPhone processors thanks to the use of newer 3nm chip process technology. 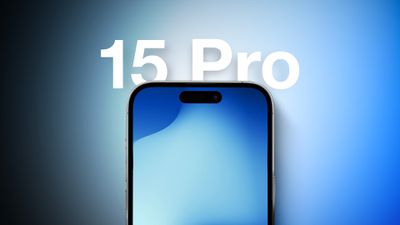 Apple is expected to adopt the smaller 3nm process technology for the 2023 ‌iPhone‌ chip, destined to be the A17 Bionic. The current A16 Bionic chip uses TSMC's 4nm process, which offers improved efficiency and performance compared to the A15 Bionic chip based on the 5nm process from the year prior.

Mass production of TSMC's 3nm process began this week, and Bloomberg cites TSMC's chairman Mark Liu as saying the newer process will require 35% less power while also providing better performance than its previous 5nm process. Apple is expected to be TSMC's biggest customer of the 3nm process, reportedly using it for the upcoming M2 Pro and ‌M2‌ Max chips and the A17 Bionic for the ‌iPhone 15‌ Pro.

Last week, a report uncovered new challenges Apple faced while developing the A16 Bionic chip for the iPhone 14 Pro and ‌iPhone 14 Pro‌ Max. According to the report, Apple had more aggressive plans to further improve the GPU on the chip, calling it a "generational leap." Apple initially wanted to include ray tracing for the A16 Bionic's GPU, but those plans failed after the chip overheated, leading to poor battery life. Ultimately, Apple changed plans last minute and included a GPU based on last year's A15 Bionic chip.

Details on the ‌iPhone 15‌ and higher-end ‌iPhone 15‌ Pro and possibly ‌iPhone 15‌ "Ultra" are scant, but we are expecting improvements with the cameras, including a periscope lens, the expansion of Dynamic Island to all models of the lineup, and more. For everything we know about the ‌iPhone 15‌, check out our roundup.

Reason077
USB-C and 35% better battery life? The 15 Pro is sounding better and better. Finally, a significant upgrade worthy of my money!
Score: 29 Votes (Like | Disagree)

Kylo83
Good we don’t need more power as there’s nothing that needs it
Score: 25 Votes (Like | Disagree)

USB-C and 35% better battery life? The 15 Pro is sounding better and better. Finally, a significant upgrade worthy of my money!

35% more efficient chip is not the same as 35% better battery life. Anyway, that’s what we hear every year - efficient this, efficient that - but we run for the charger at nearly the same intervals.
Score: 20 Votes (Like | Disagree)

Leon Ze Professional
"According to the report, Apple had more aggressive plans to further improve the GPU on the chip, calling it a "generational leap." Apple initially wanted to include ray tracing for the A16 Bionic's GPU, but those plans failed after the chip overheated, leading to poor battery life."

It will be interesting to see if Apple can continue to push the GPU envelope on 3nm chips whilst maintaining or improving the current awesome battery life of the iPhone?

I'm confident Apple will achieve it.
Score: 9 Votes (Like | Disagree)

At this point it is 13S S.
Score: 8 Votes (Like | Disagree)
Read All Comments