There is no sign of Apple hosting an October event to unveil new products, despite a host of new devices including new iPad and Mac models seemingly being ready to launch. 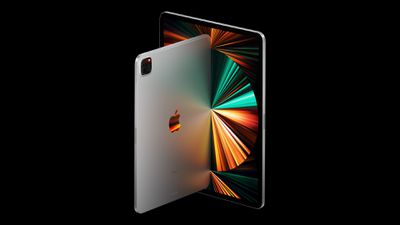 In recent months, Apple has been widely expected to hold a special event in October to announce a range of products that did not receive any stage time during the company's iPhone 14 announcement event last month. Apple has held events in October following a September event in 2012, 2013, 2014, 2016, 2018, 2020, and 2021.

In a recent newsletter, Bloomberg's Mark Gurman said that Apple is working on new iPad Pro, Mac, and Apple TV models, and at least some of these devices will be released this month, presumably referring to previous claims about new 11-inch and 12.9-inch ‌iPad Pro‌, 14-inch and 16-inch MacBook Pro, and Mac mini models with M2 series chips that are "highly likely to launch" before the end of 2022. He also said an updated Apple TV with an A14 chip and an increased 4GB of RAM was "getting closer and could potentially launch this year."

Gurman has now doubled-down on the claim that there will be no Apple event in October. This suggests that any new product launches will take place via press releases, media briefings, and updates to Apple's online store, rather than a live-streamed special event. Almost mid-way through the month, there is still no sign of Apple sending invites to the media for an event, indicating that Gurman's report may prove to be correct.

Apple occasionally announces major products, such as the AirPods Pro and AirPods Max, via a press release, so the move would not be unprecedented. In particular, new ‌iPad Pro‌ models are highly anticipated since the current models are over 18 months old, but the exact mix of other products that could be released this month is somewhat unclear.

Several major retailers, including Optus and Logitech, have been spotted preparing for the launch of new ‌iPad Pro‌ models. The next-generation ‌iPad Pro‌ models are expected to feature the M2 chip, MagSafe wireless charging, two new four-pin connectors on the top and bottom side edges, and camera upgrades.