Rumor: iPhone 14 Pro Display Cutouts Could Appear as a Single Wide Pill Shape When Turned On

Update: Well-connected Bloomberg journalist Mark Gurman has since corroborated this rumor, saying the cutouts on the iPhone 14 Pro will look like "one wide pill."

It's been almost 12 months since rumors first suggested that Apple's upcoming iPhone 14 Pro models will feature both hole-punch and pill-shaped cutouts near the top of the display. While this design detail has since been corroborated by respected analysts, what has remained less clear is how Apple's software will accommodate the cutouts when the iPhone display is active. Today, we may well have been given another piece of the puzzle. 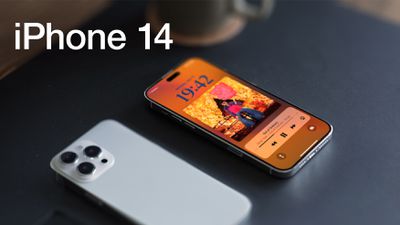 According to information provided to MacRumors by an anonymous tipster, the discrete pill and hole cutouts are not visually separated when the display is powered on, but in fact appear as one contiguous, longer pill shape.

Rather than stick with the uneven aesthetic, the suggestion is that Apple has chosen to turn off the pixels in the "dead space" between the cutouts in order to create the appearance of a unified pill shape that is less distracting when viewing content on the screen.

In another intriguing twist, the tipster also claims that Apple intends to visually expand the blacked-out areas around the cutouts to host content. For example, Apple could make the area slightly wider to fit status icons on the left and right sides, or even extend it downward into a large rounded square when delivering certain notifications.

Image depicts visual difference of cutouts with display off (left) versus on.
MacRumors has discovered chatter across Chinese social media networks, purportedly originating from Foxconn employees involved in iPhone 14 Pro assembly, suggesting the same unified pill software implementation. Like the original tipster, these sources have not been verified and we are only presenting the information up front to our readers with the usual caveats as a topic for discussion.

dantracht
I’m ok with the notch and I’m OK with this.
Score: 22 Votes (Like | Disagree)

TheYayAreaLiving ?
A pill shape design would be ideal however my money is on the pole-punch design. Whichever one we are going to get. We are bound to receive more space around the screen. Hopefully, Apple will utilize the extra screen. 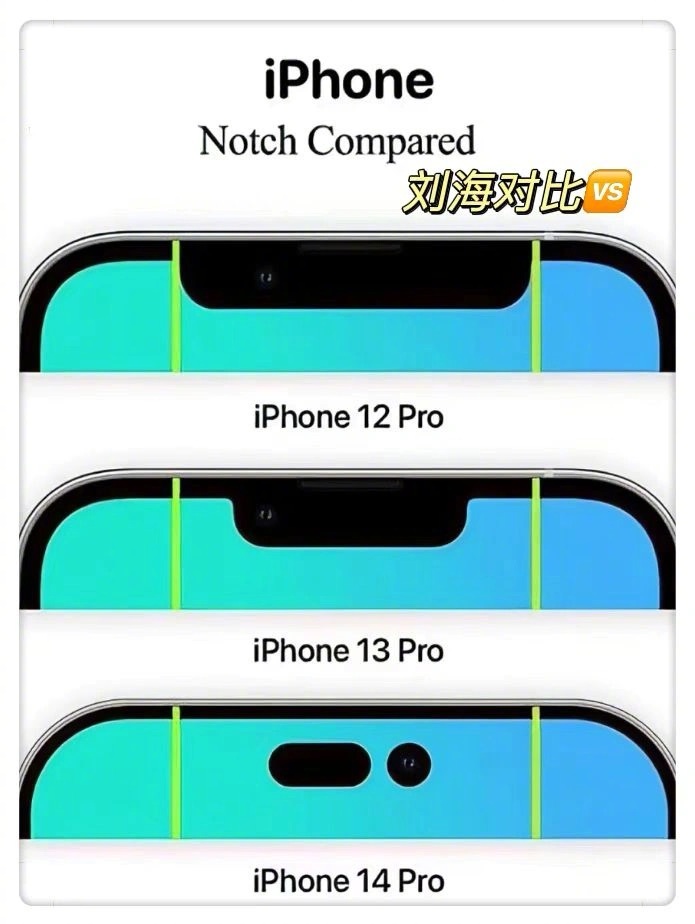 MayaUser
at least we have some symmetry
Score: 14 Votes (Like | Disagree)

WaffleBoi_15
Then I have to ask: what was the point of designing it like this in the first place?
Score: 12 Votes (Like | Disagree)

fel10
And some people were mocking Samsung’s “hole punch”. ?
Score: 11 Votes (Like | Disagree)

SSDGUY
So it's only one hard pill to swallow instead of two? ;)
Score: 9 Votes (Like | Disagree)
Read All Comments

Wednesday August 31, 2022 1:34 pm PDT by Juli Clover
The iPhone 14 Pro models have long been rumored to include a notch replacement that consists of a pill-shaped cutout and a separate hole-punch cutout for the Face ID system, but pre-event rumors this morning suggested that the cutouts will be combined into one wider cutout using software. Bloomberg's Mark Gurman has now confirmed that this is true, and he says that the two separate cutouts...
Read Full Article • 106 comments

Tuesday August 30, 2022 4:27 am PDT by Tim Hardwick
A photo allegedly showing a sticker tab to seal an Apple product box appears to confirm the "iPhone 14" name for the company's upcoming 2022 iPhone series. The photo was highlighted by ShrimpApplePro on Twitter, linking to a post on the Chinese social media network Weibo. The validity of the image can't be confirmed, but it's not unusual to see images of iPhone packaging surfacing in the...
Read Full Article • 77 comments