What to Expect From Apple's Third Quarter Earnings Results on Thursday

Apple will be reporting its earnings results for the third quarter of the 2022 fiscal year on Thursday, July 28 at 1:30 p.m. Pacific Time. Apple will then host a conference call shortly afterwards to discuss the results. 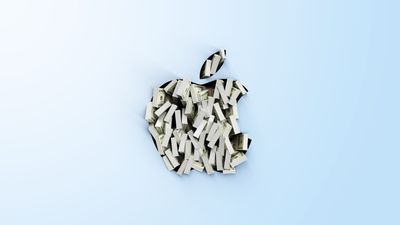 Keep reading for some key things to know about Apple's third quarter, including analyst expectations for revenue and more.

Apple's third quarter ran from March 27 through June 25, according to its 2022 fiscal calendar. The only device that Apple released during this period was an updated 13-inch MacBook Pro with the M2 chip. Apple also unveiled a redesigned MacBook Air with the M2 chip in June, but orders did not begin until after the quarter ended.

Apple is estimated to report revenue of $82.6 billion in the third quarter, according to Yahoo Finance's average of 26 analyst estimates.

Apple reported revenue of $81.4 billion in the third quarter of 2021, so $82.6 billion would be year-of-year growth of approximately 1.5%, which would be a significant slowdown for Apple. By comparison, Apple's year-over-year revenue growth between the third quarters of 2020 and 2021 was 36%, as the COVID-19 pandemic greatly increased demand for Apple products and services as many people worked and learned from home.

Apple's CEO Tim Cook and CFO Luca Maestri will hold a conference call at 2:00 p.m. Pacific Time on Thursday, July 28 to discuss the company's third quarter earnings results. The call should be around one hour long and will include a Q&A segment with analysts.

A live audio stream of the conference call will be available on Apple's Investor Relations page, and a recording will be shared at a later time for replay.

Investors will be listening for any potential commentary surrounding the economy, as concerns mount over reduced consumer spending amid high inflation, the continued COVID-19 pandemic, the Russia-Ukraine war, and other factors. Apple reportedly plans to slow hiring and spending across some teams in 2023 amid increased economic uncertainty.

Apple's fourth quarter began June 26 and runs through September 24. The quarter has already included the start of orders for the new MacBook Air with the M2 chip, and it will likely include at least a few days of iPhone 14 pre-orders as well.

Apple has not provided revenue guidance since the start of the COVID-19 pandemic, but slower revenue growth is expected to continue.

ghanwani
They will beat on earning and revenue but guide lower.
Score: 5 Votes (Like | Disagree)

Schizoid
Wheelbarrows full of cash being stored in the Cayman Islands?
Score: 5 Votes (Like | Disagree)

If you’re thinking long term, a buy is not a smart option right now.

Not buying right now this very moment. I actually sold some this morning at $152 because it had run up so much since June lows. If it falls after earnings and only if it hits my price level (mid $120s) will I consider adding back some of what I sold.
Score: 4 Votes (Like | Disagree)

Mr. Dee
I am holding on to my Apple Stock for the long term and I am likely to pick up some more soon.
Score: 2 Votes (Like | Disagree)

DelayedGratificationGene
The Crystal Balls are out in force….
Score: 2 Votes (Like | Disagree)

? Will probably go down after earnings. Use it as an opportunity to add some more $AAPL. Think long term.

If you’re thinking long term, a buy is not a smart option right now.
Score: 2 Votes (Like | Disagree)
Read All Comments