Apple will pay $50 million to settle a 2018 class-action lawsuit over the faulty butterfly keyboards that were used in MacBook machines between 2015 and 2019, reports Reuters. Customers in California, Florida, Illinois, Michigan, New Jersey, New York, and Washington claimed that Apple knew about the faulty butterfly mechanism and concealed it while continuing to sell computers with the keyboard. 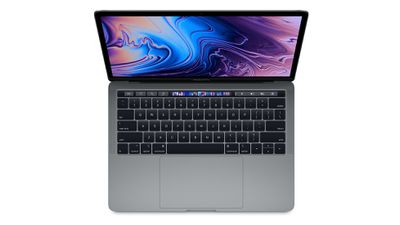 MacBook Pro, MacBook Air, and MacBook models adopted the butterfly keyboard across 2015 and 2016, with Apple touting the thinness of the keyboard and the superior key feel and stability. Not too long after the keyboards started launching, customers learned that they were prone to failure.

Thousands of customers ran into issues with keys repeating, sticking, and otherwise failing when dust and other particulates got into the butterfly mechanism, resulting in a huge controversy over the butterfly technology.

Apple ultimately launched a keyboard repair program in June 2018, but it only covered MacBook, MacBook Pro, and ‌MacBook Air‌ models for four years, and Apple would only replace butterfly keyboards with another butterfly keyboard, so some customers have run into repeat failures that are no longer covered. The lawsuit alleged that Apple's repair program was not sufficient.

ProfessionalFan
So they will each get $1.21 and some lawyers made millions. Cool
Score: 25 Votes (Like | Disagree)

MayaUser
Outstanding
Beautiful
Justice has been made
Score: 20 Votes (Like | Disagree)

Schizoid
As an nginr, I saw the words, "Stainlss stl dom" and immdiatly thought that was a bad ida!
Score: 16 Votes (Like | Disagree)

TheYayAreaLiving ?
Great news! Not surprised but the lawyers seem to take a big chunk of money. It should be the consumers that should get paid the most amount of $ since they are the ones that had to deal with the butterfly keyboard.
Score: 13 Votes (Like | Disagree)

JPack
No sweat, just consider it the cost of keeping Jony Ive as Senior VP of Industrial Design.
Score: 11 Votes (Like | Disagree)

That is genuinely a bigger payout than I expected after hearing "class-action". EDIT "up to" $125, but still...

That said, I recall the Butterfly keyboard replacements were quite expensive because:
[LIST=1]
* Requires a top case replacement (good job on that "environment" thing, Apple!)
* Replacements had the same/similar problem anyway
Score: 10 Votes (Like | Disagree)
Read All Comments