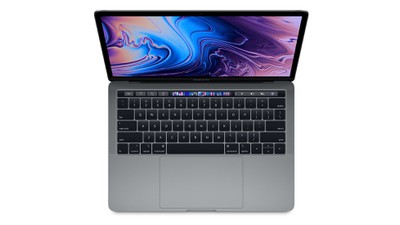 Tuesday May 4, 2021 11:48 am PDT by Juli Clover
Brydge has been making keyboards for Apple's iPads for years now, and the newest model, the Brydge 12.9 MAX+, is compatible with the third, fourth, and fifth-generation iPad Pro models, so it works even with the new mini-LED iPad Pro. Subscribe to the MacRumors YouTube channel for more videos. In our latest YouTube video, we checked out the new Brydge 12.9 MAX+ to see if it's a viable...
Read Full Article • 103 comments

Tuesday May 4, 2021 7:14 am PDT by Joe Rossignol
Logitech's new Combo Touch keyboard case with a built-in trackpad is now available to pre-order for the new fifth-generation 12.9-inch iPad Pro. There doesn't appear to be a specific shipping date listed at this time. Priced at $230, the Combo Touch keyboard is a more affordable alternative to Apple's Magic Keyboard for the 12.9-inch iPad Pro, which retails for $349. The keyboard features an ...
Read Full Article • 82 comments

Deals: Shop All-Time Low Prices on M1 MacBook Air and MacBook Pro (Up to $199 Off)

Friday May 7, 2021 6:42 am PDT by Mitchel Broussard
Today we're tracking a handful of deals across Apple's M1 notebook lineup, including a return of all-time low prices on all models of the M1 MacBook Air. For the MacBook Pro, you'll find a new record low price on the 512GB model thanks to an automatic coupon on Amazon. Note: MacRumors is an affiliate partner with some of these vendors. When you click a link and make a purchase, we may receive...
Read Full Article • 20 comments