Apple's Education Store Down in Europe, Back to School Offer Expected Soon 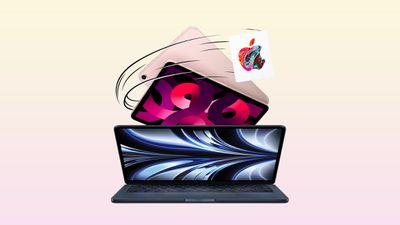 The store is also down in a few other countries around the world, such as Mexico, Turkey, the United Arab Emirates, and China.

The downtime likely means that Apple's annual Back to School promotion will be launching in Europe and elsewhere within the next several hours. The promotion first launched in the U.S. and Canada last month, with Apple offering college/university students up to a $150 Apple gift card with the purchase of an eligible Mac or iPad model.

Apple's gift card offer can be stacked with the usual educational discount on Macs and iPads that the company provides to students. In some countries, customers must verify they are a higher-education student via UNiDAYS to be eligible.

With the Euro being roughly on par with the U.S. dollar right now, it is possible that Apple's offer in countries that use the Euro will be up to a €150 gift card, but the exact offer remains to be seen. Apple launched its all-in-one gift card in several European countries last month, with the gift card valid for purchases at both the Apple Store and across Apple services like the App Store, iTunes, Apple Music, Apple Arcade, and others.

Last month, Apple also launched the promotion in India, Thailand, and Singapore, where it is still offering students free second-generation AirPods with the purchase of an eligible Mac or iPad. Apple's all-in-one gift card is unavailable in those countries.

Update: Apple has launched its Back to School promotion in Europe.

Tag: Back to School Promotion
[ 18 comments ]

jonnysods
They are removing all their products due to the EU constraints ;)
Score: 1 Votes (Like | Disagree)

Ive got an M2 MacBook Air on order, so does this mean I'm gonna have to cancel my day one order and place a back of the line reorder so I can get the gift card or AirPods or whatever the deal is??

I’m wondering this too! Hopefully they will honour else I’ll cancel and reorder.
Score: 1 Votes (Like | Disagree)

I’m wondering this too! Hopefully they will honour else I’ll cancel and reorder.

Yep That's what I'll do if I need to! I wonder if we contacted them and complained they'd honour the deal? Its a bit annoying and pretty shoddy customer service tbf. Oh well lets wait and see, they might do the right thing and just automatically add the gift cards to our order! ?
Score: 1 Votes (Like | Disagree)

Gnomeo86
Finally! I've been postponing ordering the MBP14 because I was waiting for this promotion ?
Score: 1 Votes (Like | Disagree)
Read All Comments