Apple this week announced iOS 16, a major release filled with significant customization features for the Lock Screen, new features for Focus mode, the ability to edit and retract iMessages, and so much more. 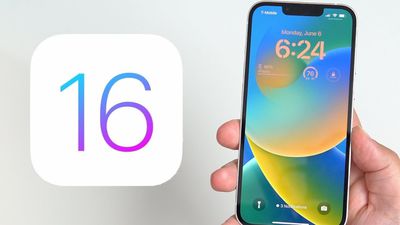 While Apple showcased some of ‌iOS 16‌'s major features during its jam-packed WWDC keynote, there are dozens, if not hundreds, of smaller features and changes left for users to discover. Below, we've compiled a list of six changes and new features you may not have known about.

During a FaceTime video call, Apple has updated the UI in ‌iOS 16‌ to be fully transparent, with buttons for camera, microphone, message, speaker, and SharePlay now larger and easier to tap.

When mentioning a contact on iMessage, mention suggestions now include a contact image in the Quick Tap bar. This can be particularly helpful in group chats where multiple people may share a first name.

Apple has redesigned the stock video player UI in ‌iOS 16‌, making it cleaner by getting rid of unnecessary clutter while highlighting basic controls such as volume, play/pause, and Picture in Picture.

Apple has redesigned the voice messaging experience on iMessage with ‌iOS 16‌, making it its own separate iMessage app that lives in the app bar.

The app lets users tap, hold, and record messages more quickly. Apple has replaced the previous hold and swipe-up gesture to record voice messages with a new Dictation button. On a related note, users can now skim through voice messages on ‌iOS 16‌.

On ‌iOS 16‌ Apple is adding a neat trick that lets users check which apps have recently accessed their camera, microphone, location, and other sensitive sensors on their iPhone. The new view can be accessed by tapping on the top of Control Center shortly after an app has used access.

a104375
I hate that the new video controls dim the screen and are needlessly in the middle. What was wrong with having them off to the side out of the main content area?
Score: 6 Votes (Like | Disagree)

Reeneman
These are some very welcome small features :)
Score: 5 Votes (Like | Disagree)

These are some very welcome small features :)

None will really change anything, we need the batt % number back at the top and the home bar gone that would make a big change
Score: 3 Votes (Like | Disagree)

None will really change anything, we need the batt % number back at the top and the home bar gone that would make a big change

I'd even go as far as the Battery is shown but once it hits 20% you instead get a Percentage to better track things.
Score: 1 Votes (Like | Disagree)

The native iOS video player STILL does not have a rotation button, or play videos in landscape by default. I had a jailbreak tweak for this literally over a decade ago. What gives?

That's because the average person records video in the vertical orientation. It's one of the few things that triggers me when I see the way most people record videos on their smartphones. Record in landscape orientation ya Philistines.? 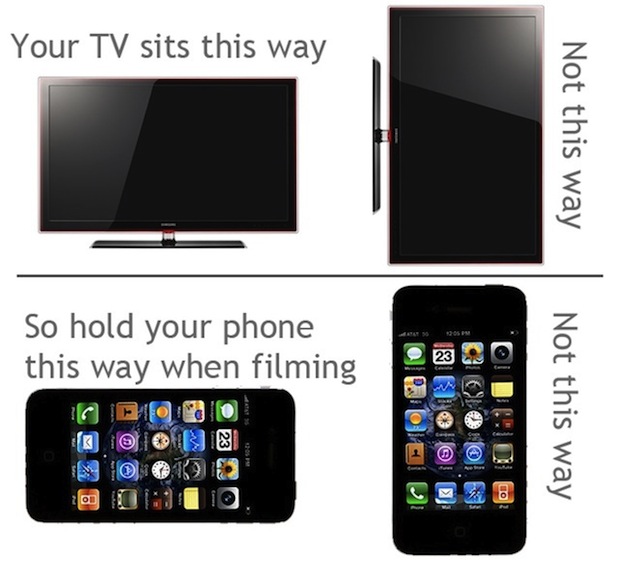 Anyhow, I only use my iPhone for games. I used my android phone for watching videos because it's ten billion percent ('//www.youtube.com/watch?v=HlUBIM_6oUI') easier to get movies on and off via microSD. And the video players on Android are superior to those on iOS.
Score: 1 Votes (Like | Disagree)

abowlby
Has anyone unearthed “an astronomical improvement to Siri” anywhere yet?
Score: 1 Votes (Like | Disagree)
Read All Comments

Monday June 6, 2022 2:49 pm PDT by Juli Clover
iOS 16 adds a long-awaited feature set allowing you to edit and unsend iMessages that you've sent to someone, but as it turns out, there is a time limitation. You can edit or unsend an iMessage up to 15 minutes after it's been sent, but after that, it is uneditable and can no longer be unsent. Unsending an iMessage or editing an iMessage requires both Messages users to be running iOS 16....
Read Full Article • 115 comments

Monday June 6, 2022 10:34 am PDT by Joe Rossignol
Apple today announced that the Messages app on iOS 16 has been significantly enhanced with several new features. Most notably, iOS 16 introduces the ability to edit or unsend recently sent iMessages, as well as mark iMessage conversations as unread after opening them. These features will bring iMessage more in line with third-party messaging services like WhatsApp and Telegram. To edit or ...
Read Full Article • 33 comments

Friday June 10, 2022 11:27 am PDT by Joe Rossignol
While the headline feature of iOS 16 is the ability to customize the Lock screen with new fonts, widgets, and more, the update will include several other useful features on the iPhone, with five of our favorite additions highlighted below. iOS 16 is currently in beta for Apple developers only, but Apple said a public beta will be available at some point in July. iOS 16 will be released for...
Read Full Article • 38 comments

Wednesday June 22, 2022 11:25 am PDT by Juli Clover
With the second iOS 16 beta, Apple is expanding the built-in "Report Junk" feature in the Messages app to cover SMS/MMS messages, allowing spam messages to be reported to select carriers in the United States. If you long press on an SMS/MMS message in the Unknown Senders section of the Messages app in iOS 16, you can select the "Report Junk" option. Using this option lets you report a...
Read Full Article • 59 comments

Video: Here's a Look at All the New iOS 16 Features

Tuesday June 7, 2022 1:23 pm PDT by Juli Clover
Apple yesterday introduced iOS 16, the newest version of the operating system designed to run on the iPhone. iOS 16 has an overwhelming number of changes, so we thought we'd do an overview to show MacRumors readers all of the new features that they can look forward to when the update comes out this fall. Subscribe to the MacRumors YouTube channel for more videos. You'll want to watch the...
Read Full Article • 28 comments

Wednesday June 22, 2022 10:07 am PDT by Juli Clover
Apple today seeded the second betas of upcoming iOS 16 and iPadOS 16 updates to developers for testing purposes, with the updates coming two weeks after Apple unveiled the new software at WWDC and released the initial betas. Registered developers can download the iOS and iPadOS 16 profiles from the Apple Developer Center, and once installed, the betas will be available over the air. Given...
Read Full Article • 61 comments

Monday June 6, 2022 3:29 pm PDT by Juli Clover
Apple on Monday held a keynote event that saw the introduction of iOS 16, iPadOS 16, macOS 13 Ventura, watchOS 9, and the new M2 Apple silicon chip, which is soon-to-be available in the MacBook Air and 13-inch MacBook Pro. Subscribe to the MacRumors YouTube channel for more videos. It was a crazy event where Apple introduced feature after feature for almost two hours straight. For those who...
Read Full Article • 96 comments

Monday June 27, 2022 1:57 pm PDT by Juli Clover
Benchmark testing has indicated that the 256GB variant of the 13-inch MacBook Pro with M2 chip offers slower SSD performance than its M1 equivalent, and now real-world stress testing by YouTuber Max Yuryev of Max Tech suggests that the 256GB SSD in the 13-inch MacBook Pro is also underperforming in day-to day-usage. The M2 MacBook Pro with 256GB SSD and 8GB RAM was slower than the M1 MacBook ...
Read Full Article • 335 comments