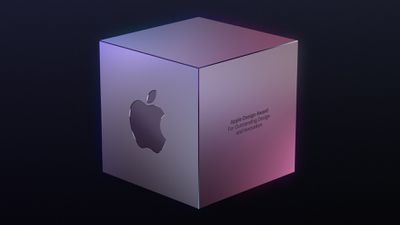 Nominees have been announced in selected categories that include Inclusivity, Delight and Fun, Interaction, Social Impact, Visuals and Graphics, and Innovation, with a full list of nominated apps available below.

Apple plans to announce the 2022 Apple Design Awards at 5:00 p.m. Pacific Time on Monday, June 6, just hours after the keynote event. The awards show will be streamed in the Apple Developer app and on the Apple Developer website. Winners will receive a physical award and hardware to help them continue to create apps and games.

Links to all of the apps that are nominated can be found on Apple's website.

Archmage
It would be a nice if there were links to the apps instead of clicking through to Apple. Also, descriptions because app names are pretty vague.
Score: 9 Votes (Like | Disagree)

So happy to see Notes App made the list. Best note taking app ever.

How come I don't see any social media apps? Tik-Tok?

TikTok is definitely the biggest app for social change…..except that’s not something to be proud of since it’s not for the betterment of people.
Score: 4 Votes (Like | Disagree)

It's a terrific app. I love the simplicity and zero hassle automatic syncing between all of my devices. My life is pretty much run out of Notes.

I stopped using Evernote a couple of months after Notes came out.
Score: 3 Votes (Like | Disagree)

TheYayAreaLiving ?
So happy to see Noted App made the list. Best note taking app ever.

planteater
I have none of the listed apps, but no surprise there. Lol.

And I’ll take Bear over Noted all day long! But good to see so many great choices.
Score: 2 Votes (Like | Disagree)

T'hain Esh Kelch
How can an 8 year old game be a finalist? Just because it was released on iOS last year? It says quite a bit about the sorry state of gaming on the Mac and iPad.. :(
Score: 2 Votes (Like | Disagree)
Read All Comments