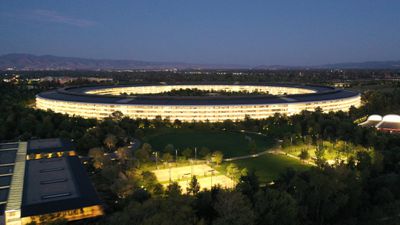 According to Vietnamese news site SGGP (via iMore), Chinh said that the Vietnamese Government wants to create a "fair, transparent, and market-based business environment" to enable U.S. firms and investors to gain ground in Vietnam.

Vietnam has 31 companies that employ 160,000 workers that are producing and assembling electronic parts and equipment for Apple products, and Chinh asked Cook to step up Apple's business activities in Vietnam.

Cook in turn thanked Vietnam for creating a "favorable business environment for Apple's operations," and he told Chinh that Apple does indeed want to extend its supply chain in the country.

Over the course of the past couple years, reports have suggested that Apple is shifting more of its production to countries like Vietnam and India in order to diversify its supply chain and manufacture more products outside of China. Apple has started assembling some AirPods Pro, iPads, and HomePod mini devices in Vietnam.

Apple supplier Foxconn in January 2021 was granted a license to create a $270 million plant in Vietnam after Apple asked the company to move some iPad and MacBook assembly from China to Vietnam.

now i see it
Designed in California. Manufactured anywhere but the USA
Score: 31 Votes (Like | Disagree)

TheYayAreaLiving ?
At this point. Any country is better than China. Go ??
Score: 31 Votes (Like | Disagree)

Sedulous
Vietnam has a totally different vibe than China. Optimism instead of animosity.
Score: 22 Votes (Like | Disagree)

Designed in California. Manufactured anywhere but the USA

Well, given that Apple can't even get their staff to work in their own beautiful offices in California, I suspect getting manufacturing here is total non-starter.
Score: 20 Votes (Like | Disagree)

Mr. Dee
I encourage it, it just makes so much sense. As China moves out of developing country status and a larger middle class is created, the cost manufacturing and finding the labor to do it is gonna become higher. India and Vietnam will benefit from this. Hopefully Africa can get some of the love too since so many rare earth minerals are sourced from there.
Score: 19 Votes (Like | Disagree)

anthogag
If Western companies can move out of Russia, Apple can significantly reduce its reliance on China. ?
Score: 13 Votes (Like | Disagree)
Read All Comments

Tuesday November 29, 2022 4:13 pm PST by Juli Clover
Apple CEO Tim Cook this week traveled to Washington, D.C. to meet with top Republican lawmakers, reports Bloomberg. Cook is said to be aiming to create ties with the GOP as it prepares to assume control of the House in the new year. Cook has scheduled meetings with Ohio's Jim Jordan, California's Darrell Issa, and Washington's Cathy McMorris Rodgers. Jordan and McMorris Rodgers will likely...
Read Full Article • 142 comments

Friday November 4, 2022 4:10 am PDT by Tim Hardwick
Apple has added another assembly partner to its iPhone 14 production roster in India as it seeks to build out its manufacturing base outside of China, reports Bloomberg. Taiwanese contract manufacturer Pegatron is set to become the second Apple supplier to produce iPhone 14 models in the country behind Foxconn, which began production in India in September. Apple's Taiwanese assembly...
Read Full Article • 39 comments

Monday November 28, 2022 3:00 am PST by Sami Fathi
Apple CEO Tim Cook has visited the victims of last week's crash at the Apple Store in the Greater Boston area, where an SUV crashed through the front of the store, injuring multiple people and killing one. Image Credit: WCVB According to local news channel Boston 25 News, Cook and Apple's chief of retail and people Deirdre O'Brien visited the victims of the crash at the South Shore Hospital....
Read Full Article • 93 comments

iPhone Exports From India Set to Double to $2.5 Billion YoY by March 2023 [Updated]

Tuesday October 4, 2022 4:10 am PDT by Tim Hardwick
Apple's iPhone exports from India have amounted to $1 billion in the five months since April, as the country makes headway in its bid to become a major electronics manufacturing hub for Apple (via Bloomberg). According to Bloomberg's sources, shipments of India-made iPhones to Europe and the Middle East are set to reach $2.5 billion by March 2023, almost doubling the $1.3 billion worth of...
Read Full Article • 26 comments

Tuesday October 11, 2022 8:48 am PDT by Joe Rossignol
Apple may expand MacBook production to Thailand in the future as the company continues to diversify its supply chain, according to analyst Ming-Chi Kuo. In a series of tweets today, Kuo said the main production location outside of China for Apple's future MacBooks may be Thailand. Kuo noted that Apple's entire range of MacBook Air and MacBook Pro models are currently assembled in Chinese...
Read Full Article • 68 comments

Thursday October 27, 2022 2:40 pm PDT by Juli Clover
During today's earnings call covering the fourth fiscal quarter of 2022, Apple CEO Tim Cook said that Apple has been constrained on the iPhone 14 Pro and Pro Max "from the beginning," which has had an impact on sales. Cook went on to say that Apple is "working very hard to fulfill demand" and that customer demand was "strong" and ultimately better than Apple anticipated. He expects that...
Read Full Article • 68 comments

Thursday August 4, 2022 6:43 am PDT by Sami Fathi
Foxconn, Apple's largest supplier, is looking to further expand its presence in India with the opening of a new production facility within an existing factory in the country to produce the iPhone, The Economic Times reports. Foxconn is reportedly set to begin production in the new building in just a few months after ramping up hiring in the country in recent weeks, according to the report....
Read Full Article • 37 comments