Apple must compensate a Brazilian customer who recently purchased an iPhone for selling the device without a charger included in the box, which violates consumer law, a judge has ruled. 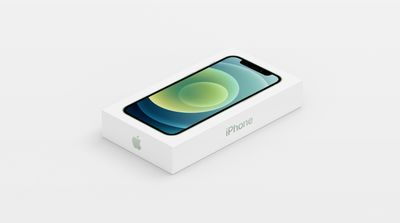 Apple's decision to remove the charger in the box sparked controversy in 2020. Apple claims the move is for environmental reasons, claiming the decision is equivalent to removing nearly 450,000 cars from the road per year.

Nonetheless, the move has sparked some public and legal outcry. In the latest development, a judge in Brazil, a country that has long-questioned Apple's reasoning to remove the accessory, is forcing Apple to compensate a customer nearly $1,075 for the lack of a charger. As reported by Tecmundo:

According to article 39 of the Consumer Code (CDC), "tie sale" is an abusive and prohibited practice in Brazil, so it is not allowed to sell cell phone and charger separately. Therefore, Apple is being sentenced after selling an iPhone model and charger separately to a consumer in the city of Goiânia.

According to the result issued by Judge Vanderlei Caires Pinheiro, of the 6th Civil Court of Goiânia, Apple must compensate the consumer R$ 5 thousand for carrying out the "tie sale" of the company's devices.

Last year, Brazil fined Apple $2 million as a punishment for violating consumer law and disrespecting Brazilian customers, according to the head of the consumer group Procon-SP, Fernando Capez.

At one point, it seemed plausible that Brazil would have forced Apple to include a charger in the box for every ‌iPhone‌ sold in the country. Procon-SP said that the charger is an "essential part" of the smartphone experience.

By not providing one alongside the device, Apple was therefore breaching the Brazilian Consumer Defense Code, according to the consumer protection agency. Apple responded by arguing that many customers already have chargers in their homes, adding the environmental benefits of removing the charger and significantly reducing the overall ‌iPhone‌ box footprint.

And people can't figure out why things can cost so much.

Removing the charger did nothing to lower the cost of iPhone.
Score: 47 Votes (Like | Disagree)

rjohnstone
I'm still a bit peeved that they didn't include a charger.
I had a ton of the USB-A chargers, but no USB-C chargers when I bought my last iPhone.
So yeah... it sucks that I have to go and buy one.
Apple certainly didn't lower the price of the phone once they started removing things like headphones and chargers.
Score: 28 Votes (Like | Disagree)

eilavid
$1075???? Am I understanding this correctly? Brazilians are pretty much getting their entire iPhone purchase refunded over the charger?
Score: 25 Votes (Like | Disagree)

Just ridiculous. I cannot fathom how anyone can reasonably make the argument that every device manufacturer has to include a charger in the box for every device they sell forever.

It’s been that way … forever. There’s nothing unreasonable about it. This not including a charger in the box thing is a very recent concept.
Score: 21 Votes (Like | Disagree)

paulovsouza
Why is everyone defending Apple? Do we really believe this was done for environmental reasons, as all other devices still included the power brick, and they are all different types STILL. A charger is the bare minimum tool needed for a phone, to keep it charged. Also again first time customers will have to still pay full price for their phone, plus a charger. I’m not crying for Apple, I’m just surprised Brazil of all places is where this regulation came from.
Score: 19 Votes (Like | Disagree)

joecwik
They should just hand them out alongside the phone if it's going to be an issue.
Score: 14 Votes (Like | Disagree)
Read All Comments