Apple is working on a multiyear plan to bring its financial services in-house in the future, cutting down on the need for financial partners like Goldman Sachs, reports Bloomberg. 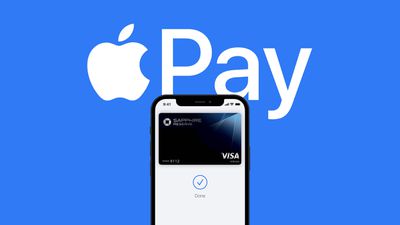 Apple is developing payment processing technology and infrastructure such as lending risk assessment, fraud analysis, credit checks, and dispute handling, plus it is working on tools for calculating interest, rewards, approving transactions, reporting data to credit bureaus, increasing credit limits, and more. Part of this project is called "Breakout" internally, as it would see Apple moving away from the current financial systems that it uses.

At the current time, Apple works with Goldman Sachs Bank and CoreCard for the Apple Card, Green Dot for Apple Cash, and Citizens Bank for the iPhone Upgrade Program, but Bloomberg says Apple's work on financial services would be aimed at future products rather than its current products.

Apple already has Apple Pay and ‌Apple Card‌, plus it is developing a future subscription service for hardware and a "buy now, pay later" option for ‌Apple Pay‌ transactions.

In the future, Apple could also use its new system for the hardware subscription plan that it has in the works, plus it could serve as lender for more "buy now, pay later" services. To start with, Apple could limit risk by requiring customers to use debit cards, plus its in-house risk assessment tools could take into account Apple purchase history and factors like whether a credit card attached to the App Store has been declined to determine whether a customer can use the payment services.

According to Bloomberg, Apple has faced some "hurdles" building its financial services product, so there is a chance that it could end up delaying its plans, or could continue to work with partners, though this is a "very unlikely scenario."

Phil77354
I've had the Apple Card and used Apple Pay almost since they were first offered. I don't feel that Goldman Sachs has added much to the product, and the customer service from GS has been mediocre.

Apple customer support, on the other hand, has always been excellent. I think bringing this in-house is a good move.
Score: 13 Votes (Like | Disagree)

KaliYoni
If Apple's current attitude towards regulators in the EU and individual EU countries is any indication, Apple is pretty unlikely to enter one of the most highly regulated sectors worldwide, banking and financial services. The amount of secrecy and information paranoia baked into Apple's DNA also will make an in-house bank, credit bureau, stock brokerage, money transfer service, or retail lender extremely difficult to operate anywhere other than frontier or possibly emerging markets.

So, my guess is that Apple is working to decrease its reliance on outside providers for some support tasks, such as reporting data to credit bureaus or loss prevention, but we shouldn't hold our breath for an entirely Apple owned and operated :apple:Bank or :apple:Trades.

----------
ETA: Goldman Sachs may not add much to :apple:Card from a customer service perspective but it does bring two very important things to the the table from Apple's point of view: a fully chartered bank and access to massive amounts of capital. Apple's balance sheet, and consequently its stock price, would look very different if Apple internally funded and operated the :apple:Card. This is due to both regulatory requirements and to the huge number of :apple:Card credit lines. In addition, Apple may have had a lot of leverage with GS because Marcus, GS's retail bank, was launching right around the same time as :apple:Card. GS, in order to jump start Marcus–and to potentially help its investment bank get Apple business–may have given Apple very favorable terms.
Score: 9 Votes (Like | Disagree)

Realityck
I can't help think that Apple being seen with closed iOS/IpadOS ecosystems along with its own financial services in-house in the future cutting down on the need for financial partners illustrates even more of a monopoly of sorts. I don't like to throw out that word but its does make one consider that this is too much bundling of financial services in a product.
Score: 9 Votes (Like | Disagree)

DFZD
Eventually Apple is going to build a Super App.. and it will be called…

CthuluLemon
While I'm not thrilled with GoldmanSachs, I do believe that having some separation between Apple and the Bank backing the card is imperative. The banking world needs a disruptor, but Apple's ego is just as big if not bigger than all of these banks; I question whether they would provide any relief to consumers, and am inclined to think they are just trying to bring in more revenue rather than to improve the cardholder experience.
Score: 7 Votes (Like | Disagree)
Read All Comments