Apple is today celebrating 40 years in France and announced the launch of a new Apple Music studio in Paris. 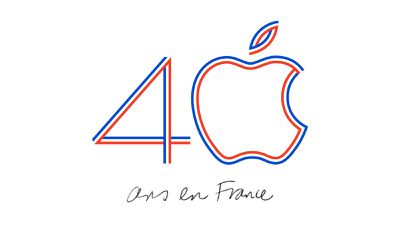 In a post on its French newsroom site, Apple highlighted its achievements in France over the past 40 years, aiding artists, designers, and developers in particular. Apple CEO Tim Cook said:

France occupies a special place in my heart. Every time I go there, I am inspired by this welcoming, dynamic and deeply creative community of artists and developers. I am delighted to celebrate Apple's 40th anniversary in France with our local teams and the customers and communities they serve.

Apple began its business in France with a small sales team in 1981, and now has 2,700 employees, 20 Apple Stores, and almost 500 suppliers in the country. The company added that iOS now supports almost 250,000 jobs across France.

Starting from 2019, Apple has partnered with Simplon to offer the Apple Foundation Program in France. The program is designed to help job seekers learn technology skills and app development to boost their employability. Initially launched in Montreuil, the Apple Foundation Program has since expanded to Lille, Lyon, and Marseille. Earlier this year, Apple announced that the program will be extended until 2023 and the launch of a new site in Toulouse.

TheYayAreaLiving ?
Congratulations! One of its kind!

Apple began its business in France with a small sales team in 1981, and now has 2,700 employees, 20 Apple Stores, and almost 500 suppliers in the country. The company added that iOS now supports almost 250,000 jobs across France.

orbital~debris
I really hope the Apple Music content produced in France is easily available to all users (and promoted to all, too - why should USA/UK be the default - instead of being siloed on the presumption that people outside France wouldn’t be interested).

Danoc
Let's remember that the boss of macOS was a French engineer: Bertrand Serlet, who famously said one time, "Redmond, start your printer".

Congrats Apple, and thanks for the free EarPods that came in the box of my new iPhone btw ?

For that you rather need to thank the French legislation, requiring the sellers to include some sort of an ear-set. ✌️
Score: 4 Votes (Like | Disagree)

Let's remember that the boss of macOS was a French engineer: Bertrand Serlet, who famously said one time, "Redmond, start your printer".

Tuesday November 30, 2021 12:45 am PST by Tim Hardwick
Apple has announced the winners of the third annual Apple Music Awards, which recognize "the best artists of 2021 and their influence on global culture." The awards honor achievements in music across five categories, with winners chosen through a process that reflects both ‌Apple Music‌'s editorial perspective and what customers around the world have been listening to most. Apple has...
Read Full Article • 23 comments