Apple today announced that it is celebrating 105 years of America's national parks with a series of initiatives that will help customers learn more about them. 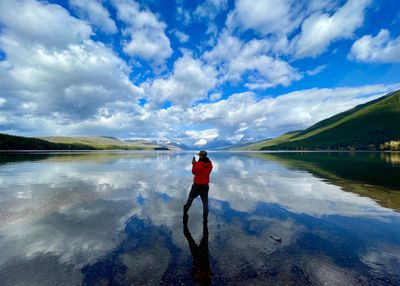 "With every passing year, our national parks only become more precious," said Tim Cook, Apple's CEO. "We're honored to play a small role in helping even more people explore the parks, learn about their history, and renew their love and appreciation for the planet we share."

As was announced earlier this week, Apple is donating $10 to the National Park Foundation for each purchase made with Apple Pay on Apple.com. The promotion will last through August 29, but it is limited to the first 100,000 transactions with a $10 minimum purchase.

In ‌Apple Maps‌, Apple is offering 24 curated Guides from the National Park Foundation that will help people experience and discover national parks. In the ‌App Store‌, Apple is spotlighting the National Park Service app as its App of the Day in addition to highlighting Essential Apps for Hikers.

The ‌Apple TV‌ app features a collection of Watch Now content that celebrates the history of national parks, and it spotlights shows like "The National Parks: America's Best Idea" and documentaries like "Free Solo."


Apple will also host a National Parks Activity Challenge on August 28, which will see Apple Watch owners rewarded with a special achievement badge for doing a hike, walk, run, or wheelchair workout of a mile.

According to Apple, its contributions to the National Park Foundation have funded youth programs over the years, including the Mosaics in Science Diversity Internship Program.

icanhazmac
Thanks Apple, our National Parks are a treasure worth supporting!
Score: 5 Votes (Like | Disagree)

Breaking Good
My god that picture is absolutely stunning!

Does anyone know the location of that picture?
Score: 3 Votes (Like | Disagree)

My god that picture is absolutely stunning!

Does anyone know the location of that picture?

It is Glacier National Park, MT.
Score: 3 Votes (Like | Disagree)

Apple will also host a National Parks Activity Challenge ('https://www.macrumors.com/2021/08/17/apple-watch-national-parks-activity-challenge-2/') on August 28, which will see Apple Watch owners rewarded with a special achievement badge for doing a hike, walk, run, or wheelchair workout of a mile.

This is a great way to keep people engaged with the Watch. That's something Fitbit doesn't do as well.
Score: 2 Votes (Like | Disagree)

How much are they now?

I'm actually not sure how much they are or if they are available. Here's the website: https://usparkpass.com/ A friend sent me a link a few years ago when the Park Service was running this promotion.
Score: 1 Votes (Like | Disagree)
Read All Comments