As many as 44 percent of iPhone users intend to upgrade to an iPhone 13 model and displays with 120Hz refresh rates is the most anticipated new feature, according to a new survey by SellCell. 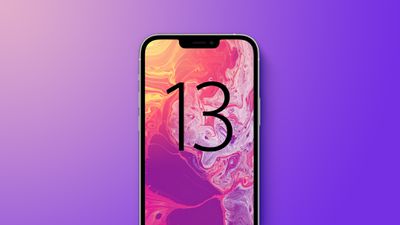 Strikingly, a mere seven percent of respondents are interested in the ‌iPhone 13‌ mini. Apple is expected to discontinue the 5.4-inch mini form factor model next year due to poor sales.

The rumored feature that customers are most excited for in the ‌iPhone 13‌ lineup is a high-refresh rate 120Hz display, according to 22 percent of survey respondents. 18.2 percent of respondents are hoping for under-display Touch ID, but may be disappointed as this is not expected to come to new ‌iPhone‌ models until 2023. 16 percent are anticipating an always-on display, while 10.9 percent are excited about the prospect of a smaller notch.

The responses also indicated that customers are least excited for new color options, a faster processor, reverse wireless charging, and Wi-Fi 6E connectivity, with these potential features being favored in less than five percent of survey responses.

Compared to the high level of interest in upgrading to the ‌iPhone 13‌, the ‌Apple Watch Series 7‌ and third-generation AirPods appear to be significantly less enticing to potential customers.

SellCell's findings were based on survey responses from more than 3,000 ‌iPhone‌ owners aged 18 or older, based in the United States, between July 28 and August 6.

As many as 44 percent of iPhone users intend to upgrade to an iPhone 13 model and displays with 120Hz refresh rates is the most anticipated new feature, according to a new survey by SellCell ('https://www.sellcell.com/blog/iphone-13-purchase-intent-survey/').

As long as they intend to push forward with their anti-privacy functionality, my iPhone XS is my last iPhone.
Score: 31 Votes (Like | Disagree)

HiVolt
I truly don't understand the obsession with high refresh displays, especially on something so tiny. I've had an iPad Pro with the Pro Motion display, and I really can't tell one way or the other any difference from my iPhone or my desktop monitor which is 60hz.
Score: 26 Votes (Like | Disagree)

Vege-Taco
Since Apple appears to be throwing out their major advantage over the competition, privacy, I'm done with them. Why pay double for the same thing?
Score: 21 Votes (Like | Disagree)

Mrjetsondc
Not rushing out to get one but I plan to upgrade eventually- I’m waiting to see how privacy concerns play out
Score: 13 Votes (Like | Disagree)

I7guy
I have a feeling the iphone 13 is going to be a huuuuuuge success.
Score: 11 Votes (Like | Disagree)
Read All Comments

Monday June 21, 2021 7:17 am PDT by Hartley Charlton
Users appear to be underwhelmed by Apple's upcoming iOS 15 and iPadOS 15 updates, according to the findings of a new survey by SellCell. The survey asked 3,000 iPhone and iPad users, evenly split between men and women, aged 18 or over in the United States, what they thought of iOS 15, iPadOS 15, and the naming of the upcoming iPhone 13 lineup. Over 50 percent of all of the survey's...
Read Full Article • 424 comments