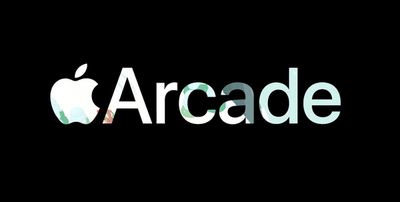 While there were no new games in May, in April, ‌Apple Arcade‌ gained over 30 games, including a large number of classic titles such as "Cut the Rope Remastered," "Monument Valley," "Mini Metro," "Fruit Ninja Classic," and more, as well as originals such as "Fantasian," from the creator of the Final Fantasy series. In June, five new games joined the platform in the strategy, simulation, puzzle, casual, and action genres.

The first game to arrive on ‌Apple Arcade‌ this month was was Legends of Kingdom Rush, a turn-based combat strategy game set in a medieval fantasy world.

Legends of Kingdom Rush urges players to lead a party of heroes to stop an attacker using an easy-to-learn combat system. The game features unlockable characters including five Legendary Heroes and 11 Companion Heroes, each with different traits. There are over 100 narrative events as players fight their way through lush forests, rugged mountains, and devastated wastelands.

Players strategically move their heroes on a hex-based grid to best fit their skills and the wider combat tactic, and there is the option to switch and match heroes and companions to make a perfect match for each battle.

Game Dev Story+ is a classic simulation game that allows players to manage their own video game company as they try to create a bestselling game.

In the simulation, players can develop their company's own games console, change staff member's positions, hire new people into jobs like programmer or sound engineer, and train them to develop skills. As staff gain more experience, they unlock a wider array of game genres and content to develop. Players can try to find the most popular combinations and develop for the latest platforms for the best chance of success.

Frenzic: Overtime is an ‌Apple Arcade‌ Original puzzle game, featuring fast-faced gameplay, multiple game modes, and the ability to play in either landscape or portrait mode.

Life on the factory floor at Frenzic Industries can be a bit chaotic as players assemble Power Cores for the new ZAPBOTs. As players meet their shift goals in a timely manner, they'll be promoted to more rewarding positions on the assembly line. Players will face over 45 levels, multiple gameplay modes and hundreds of mini-goals as they uncover the secrets of Frenzic Industries, and ultimately, save the world.

The game offers over 45 levels, hundreds of mini-goals, tips and strategy advice from an in-game InfoBot, powerups to increase your abilities, and more.

The last games of this month are INKS.+ and Leo's Fortune+, two fan-favorite games that have joined ‌Apple Arcade‌'s growing selection of classic content.

INKS.+ is an award-winning new take on the classic pinball game, combining pinball with tactical challenges, all while allowing players to see colors burst out as the ball smashes around the canvas, building up in vivid layers and recording a visual history of your game as you perfect your score.

INKS.+ features over 100 unique tables, balanced gameplay, canvases that tell the story of your individual games, and the ability to share favorite levels and highscores.

Leo's Fortune+ is another classic iOS game, offering a platform adventure game where players seek to hunt down the mysterious thief that stole their gold by following a trail. Players must voyage through mossy forests, arid deserts, pirate cities, and snowy mountains while surviving traps and solving physics-based puzzles through 24 levels.

It appears that Leo's Fortune officially launches today, but it may have been available for some users a few weeks ago on June 11.

There are five games slated to arrive on ‌Apple Arcade‌ soon, including "Angry Birds Reloaded," "Doodle God Universe," "Alto's Odyssey: The Lost City," and "Jetpack Joyride+." "Solitaire Stories" is the first game set to arrive next month, expected as soon as July 2.

Legends of Kingdom Rush, Game Dev Story+, Frenzic: Overtime, INKS.+, and Leo's Fortune+ are available on the App Store now. Keep an eye out throughout July for more new games.

‌Apple Arcade‌ is priced at $4.99 per month with a one-month free trial available to test it out. Apple also has a one-year subscription option available for $49.99 per year, a savings of $9.89 over the monthly price, and it is also available as part of all tiers of Apple One, starting at $14.95 per month.

Johnny907
Finally clicked on the 3 month trial for arcade, only game I play is this solitaire game. Obviously I won't be renewing when the trial expires.
Score: 12 Votes (Like | Disagree)

btrach144
So a bunch of recycled games?
Score: 9 Votes (Like | Disagree)

ksloth
The Apple One Family plan is a pretty good deal. I switched from family Spotify to it, and the bonus of Apple Arcade and increased iCloud has been very nice (and of course Apple Music, which is ultimately why I switched).
Score: 7 Votes (Like | Disagree)

It would be a good deal if they gave you 2TB of storage. 200GB is a joke for a family.

With the full plan you do get the 2TB
Score: 5 Votes (Like | Disagree)

Populus
Excuse me if I didn’t read it properly... these “plus” versions of old games, are remasters of the originals with new dynamic aspect ratio, controller support, extra content...? Or are just the same old games that many of us purchased back in the past decade?
Score: 5 Votes (Like | Disagree)
Read All Comments