Starting with iOS and iPadOS 15 later this fall, hotspot connections from iPhones and iPads will be secured with the improved WPA3 security protocol, offering improved security and upgraded measures in place to prevent password guessing. 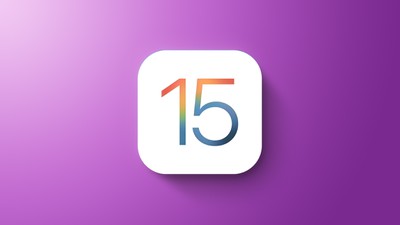 WPA3 was announced by the Wi-Fi Alliance in June of 2018 with the goal to "simplify Wi-Fi security, enable more robust authentication, and deliver increased cryptographic strength." On iOS 14, hotspot connections from an iPhone or iPad are secured only with WPA2, and now on updates coming later this fall, connections will be further protected with WPA3.

Apple's products have been able to connect to networks with WPA3 security for several years, but until now, personal hotspot networks set up by those devices have only supported the older and weaker WPA2 standard.

For the typical user, the hotspot connection experience on iOS 15 will remain the same; however, there are added benefits. Despite recommendations to create strong, complicated, and advanced passwords for hotspot connections, many users continue to use simple passwords that may be easily guessed. WPA3 specifically targets such use cases, as it uses "more resilient, password-based authentication" that offers "stronger protections for users against password guessing attempts by third parties."

iOS and ‌iPadOS 15‌ are currently being tested with developers, with a public beta being planned for later this summer. Check out our guide to see everything that's new.

Think|Different
I had to disable WPA3 (on my Eero 6 Pro setup) – wanted the extra security but too many older/cheaper devices (esp some Homekit ones) simply can't/won't play nicely with it and I don't see some of these companies updating their firmwares.
Score: 22 Votes (Like | Disagree)

827538
5GHz + WPA3 for hotspots, nice improvements. It's a shame WPA3 is a bit of a mess and there's already tools out to crack it. The WiFi alliance really needed to do a ground up rethink of wireless security and encryption just like how 802.11ax introduced some fundamental changes to make WiFi work better and more efficiently.
Score: 15 Votes (Like | Disagree)

Anything that can improve the abomination called iOS Hotspotting. What a pain in the neck!

What trouble are you having with it? I've always had a pretty reliable hotspot from my iPhone.
Score: 12 Votes (Like | Disagree)

now i see it
Anything that can improve the abomination called iOS Hotspotting. What a pain in the neck!
Score: 8 Votes (Like | Disagree)
Read All Comments

Friday June 11, 2021 2:32 pm PDT by Juli Clover
macOS Monterey makes several improvements to password management, positioning iCloud Keychain as an ideal password service to replace third-party services like Lastpass and 1Password. In System Preferences, there's a new "Passwords" section that houses all of your iCloud Keychain logins and passwords so they're easier to get to, edit, and manage. There's a similar Passwords section that's...
Read Full Article • 218 comments

Tuesday June 8, 2021 7:43 am PDT by Sami Fathi
With the introduction of iOS 15 and iPadOS 15, Safari extensions that previously only worked on the Mac can also run on the iPhone and iPad. While the feature won't be widely available until the fall when the new updates roll out to the public, 1Password, a popular password management app, has already teased a functional Safari extension on iPadOS 15. Shared by 1Password developer Andrew...
Read Full Article • 30 comments

Friday July 9, 2021 9:32 am PDT by Sami Fathi
The latest beta for iOS and iPadOS 14.7, released to developers this week, patches a bug that disabled an iPhone's ability to connect to Wi-Fi if a user connected to a specific Wi-Fi network with the name "%p%s%s%s%s%n." In his latest video rounding up the latest changes in the beta, YouTuber Zollotech found that the update has silently patched the bug that caused an iPhone to become unable...
Read Full Article • 15 comments

Friday July 23, 2021 6:46 am PDT by Hartley Charlton
Following the news of widespread commercial hacking spyware on targeted iPhones, a large number of security researchers are now saying that Apple could do more to protect its users (via Wired). Earlier this week, it was reported that journalists, lawyers, and human rights activists around the world had been targeted by governments using phone malware made by the surveillance firm NSO Group...
Read Full Article • 102 comments

Monday June 7, 2021 12:35 pm PDT by Juli Clover
There are a slew of new features in iOS 15, so many in fact that Apple did not have time to cover all of them during today's keynote event. One of these new features is a built-in authenticator that will let iOS devices be used to generate verification codes for additional sign-in security. Right now, app-based two-factor authentication is handled by third-party apps like Authy and Google ...
Read Full Article • 172 comments

Thursday May 27, 2021 1:49 am PDT by Tim Hardwick
AgileBits has released a version of 1Password for web browsers that brings Touch ID integration to the popular password management service. The addition of support for biometric authentication means that if 1Password is locked and you have the desktop app installed, you can use the Touch ID ring that comes with Apple's latest MacBooks and Magic Keyboards to unlock your passwords. The...
Read Full Article • 105 comments