Apple CEO Tim Cook's 14 million dollar pay in 2020 was relatively modest, compared to other S&P 500 CEOs, according to the Wall Street Journal. 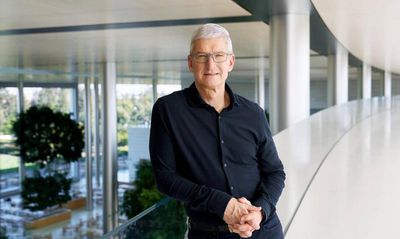 In its annual ranking of CEO pay and compensation, the Wall Street Journal revealed that ‌Tim Cook‌ earned $14,769,259 last year, which is only slightly more than the median $13.4 million pay across the Standard and Poor's 500 (S&P 500) index. The Wall Street Journal also noted that Apple's median employee pay is $57,783.

Apple tops the entire S&P 500 with its value exceeding more than two trillion dollars, so it is surprising that Cook's pay is comparatively modest. Cook's pay rank is the 171st highest out of the S&P 500 CEOs, even though Apple makes up six percent of the entire index.

An increasing number of CEO compensation packages are tied to stocks as boards look to tie executive pay to the fortunes of company shareholders. Although Apple's one-year return for shareholders was 109 percent in 2020, Cook's pay only increased by 28 percent.

Over the course of 2020, Cook's net worth climbed to over one billion dollars, according to calculations from Bloomberg.

The highest-paid CEO was Paycom Software's Chad Richison, who earned more than $200 million. Seven CEOs were given compensation valued at more than $50 million last year, compared with just two in 2019 and three in 2018. Twenty-four S&P 500 CEOs made less than five million dollars last year, including Tesla's Elon Musk, who reported zero pay, and Twitter's Jack Dorsey, who earned just $1.40.

For a company worth about $2 trillion and brings in $billions in profit every year, that’s actually pretty sad.
Score: 23 Votes (Like | Disagree)

For a company worth about $2 trillion and brings in $billions in profit every year, that’s actually pretty sad. Especially (correct me if I’m wrong) considering its headquarters is in a place with a high cost of living

I believe this includes everything like the retail workers around the world. This isn't just HQ.
Score: 18 Votes (Like | Disagree)

dapa0s
Man I hope he stays at Apple for as long as possible, great CEO!
Score: 17 Votes (Like | Disagree)

Even then, less than $58,000 as a median for all employees? Ignoring Tim Cook, other c-level and high-level executives, all of which probably make $millions in salary and benefits a year, that means the median for everyone else even less.

How much the C-suite earns has zero effect on the median salary. It only affects the average salary.
Score: 10 Votes (Like | Disagree)