Apple Music is celebrating Pride this year with a new space that's designed to highlight the LGBTQ+ community both in June and year-round. For Pride month, Apple plans to release new content each Sunday that focuses on Equality, Resilience and Community. 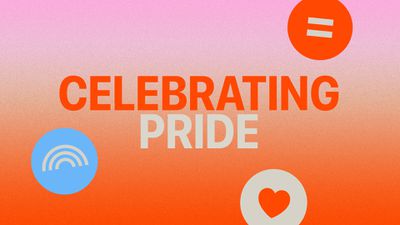 Apple now has a dedicated Apple Music Pride page where users can find all of the videos, playlists, and interviews celebrating Pride. The page will be available year-round.

Pride month is a major celebratory month for Apple, and each year the company celebrates in various ways. This year, Apple has released new Apple Watch Pride bands and watch faces, and there will also likely be features for the App Store and Apple TV+ in the coming weeks.

In past years, Apple has marched in the annual San Francisco Pride parade, which is one of the biggest Pride events in the United States. The parade was canceled last year and it has also been canceled this year, but Apple will likely return to the parade if it's reinstated in 2022.

Don’t be so prideful until you get lossless rolled out ….

nothing about this was a good idea to write.
Score: 18 Votes (Like | Disagree)

This kind of virtue signaling helps with the bottom line. The kind you are talking about would hurt it. Significantly.

Apple is like most companies....they're going to do what best effects the P&L.

The best thing Apple can do is stay out of these forums.

It’s a shame they don’t support other human rights in the same way they support pride.

There’s always someone pointing out there are other issues or goals to fight for.
True, but that doesn’t take away from what they’re doing here.
Score: 13 Votes (Like | Disagree)

Very difficult to state a message of strong disapproval against this stance by Apple and against the ‘Pride’ movement in general without having my post removed so I’m being very careful with my words here.

Not everyone is able to respond to this thread due to the limitation but it should be known that the decision of Apple to support this movement in this way is a continued stain and disappointment to a large subset of Apples customers.

I remain strongly against ?️‍??️‍⚧️ And against Apples decision to support them in this way. These views are my own.

Sure.. let's not "stain and disappoint"

How about live and let live and stop being so damned triggered. We should all accept diversity.
Score: 10 Votes (Like | Disagree)

1258186
It’s a shame they don’t support other human rights in the same way they support pride.
Score: 10 Votes (Like | Disagree)

The best thing Apple can do is stay out of these forums.

There’s always someone pointing out there are other issues or goals to fight for.
True, but that doesn’t take away from what they’re doing here.

That’s kind of the problem with virtue signaling and “inclusion”. No matter how inclusive you are someone will always feel left out and it’s a race to the bottom for attention and the spotlight, and arguably becomes more political than about the issues at hand.

That being said, I appreciate what they’re doing. Stick with one or a couple of causes and put all your support into them. That’s how you show you truly care.
Score: 9 Votes (Like | Disagree)

I’ve always said let people live the way they want as long as it’s legal and isn’t hurting anyone lol. And also don’t be a jerk just because their lifestyle is different than your own.

That is the crux of the issue.

I don't have a problem with conservatives or conservatism in general.

I have a BIG problem when they try to FORCE IT onto everyone else.

The CHOICE to serve one God, many gods, or no god is MINE, and MINE ALONE.

Anyone who tries to take this right from me is in for a very big fight.
Score: 8 Votes (Like | Disagree)
Read All Comments