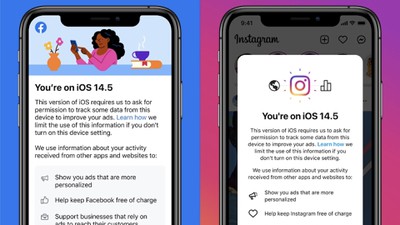 Friday May 7, 2021 1:51 am PDT by Tim Hardwick
An early look at an ongoing analysis of Apple's App Tracking Transparency suggests that the vast majority of iPhone users are leaving app tracking disabled since the feature went live on April 26 with the release of iOS 14.5. According to the latest data from analytics firm Flurry, just 4% of iPhone users in the U.S. have actively chosen to opt into app tracking after updating their device...
Read Full Article • 222 comments

Friday May 7, 2021 6:55 am PDT by Sami Fathi
According to Apple leaker Jon Prosser, Apple's upcoming release of the MacBook Air will feature various colors, similar to the colors in the newly released 24-inch iMac. In the latest video of his YouTube channel Front Page Tech, Prosser says the same source who accurately provided him information on the first Apple silicon iMac coming in colors has told him that he recently saw a prototype...
Read Full Article • 349 comments

Sunday May 9, 2021 2:00 am PDT by Sami Fathi
Zoom, a hallmark platform used by millions during the global health crisis, has been given access to a special iPadOS API that allows the app to use the iPad camera while the app is in use in Split View multitasking mode. This case of special treatment was first brought to attention by app developer Jeremy Provost, who, in a blog post, explains that Zoom uses a special API that allows the...
Read Full Article • 301 comments