Apple plans to include an under-display Face ID system starting with its 2023 iPhones, removing the need to house the facial recognition system in a notch, according to well-respected analyst Ming-Chi Kuo. 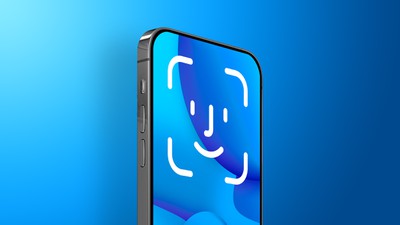 In an investors note obtained by MacRumors, Kuo says that the under-display Face ID system will debut alongside a new periscope telephoto lens in 2023. Kuo had previously stated that starting next year, Apple will plan to abandon the notch for a "punch-hole" design for some of its 2022 iPhones.

Since its debut with the iPhone X, the notch has served primarily to house the TrueDepth camera system which enables Face ID. While Apple is rumored to be planning a smaller notch for the 2021 iPhones, presumably, if the tech giant is able to house the facial recognition system under the display, it would remove the need for a notch entirely.

Kuo had also previously stated that at least one high-end ‌iPhone‌ model in 2023 will feature an under-display fingerprint scanner with no notch and a real full-screen display. Kuo provides no specifics with today's note on whether Apple would offer both an under-display Touch ID and Face ID system, or whether under-display Face ID will remain exclusive to the higher-end iPhones.

Apple has widely been rumored to adopt an under-display fingerprint scanner, even possibly for the iPhone 13. However, this is the first time we've heard of a possible under-display Face ID system. From a technological standpoint, achieving an under-display facial recognition system requires more advanced tooling, given that the TrueDepth camera system must be able to read and recognize faces through the pixels of the display without distorting or interfering with the content.

brgjoe
If true, that will most likely be my next phone purchase.
Score: 19 Votes (Like | Disagree)

MakeAppleAwesomeAgain
We've been waiting for "Under Display Touch ID" for four years. I guess we can wait a few more years for this. I've upgraded from a 7 to a 12 last year, and after six months, I wouldn't say Face ID is better or worse than Touch ID. Let's not pretend Touch ID was perfect, but I'd love to have a device that has both, which presumably increases the success of unlocking. My phone is in my jeans pocket most of the time, so with the iPhone 7, I got used to placing my thumb on the home button while grabbing it. It would be cool if Face ID would kick in when Touch ID fails.
Score: 16 Votes (Like | Disagree)

Let's hope they do better than previous attempts by other manufacturers:

There will still be holes through the display for the cameras and sensors since it's impossible to shoot through solid surfaces. So they just cover the holes with a looser set of pixels to disguise it. But the holes are still there.

I'm interested to see what Apple can do with this... though I'm not bothered by current solutions.

I'd actually prefer matching bezels on the top and bottom of the phone and put good front-facing speakers there!

That's why Apple does not play the "me first" game. They wait for the tech to mature.
Score: 9 Votes (Like | Disagree)

It's a bit ridiculous. Of course Apple has a road map. Of course, this may change and some features will slip in the next year or even later.
Score: 8 Votes (Like | Disagree)

Please give us some Mac news too.
Score: 5 Votes (Like | Disagree)
Read All Comments