The United States Federal Trade Commission is abandoning its antitrust lawsuit against Qualcomm, reports Bloomberg. The FTC will not seek a Supreme Court review of a 2020 federal appeals court decision that determined that Qualcomm's licensing practices are fair and not anticompetitive. 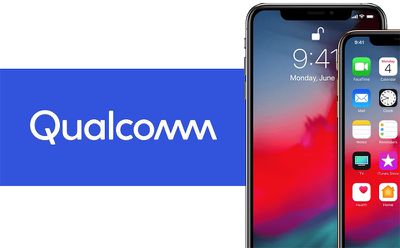 In a statement, FTC chairwoman Rebecca Kelly Slaughter said that the FTC's conclusion that Qualcomm violated antitrust laws was correct, but the agency is facing "significant headwinds" attempting to get the appeals court ruling overturned.

"Given the significant headwinds facing the Commission in this matter, the FTC will not petition the Supreme Court to review the decision of the Court of Appeals for the Ninth Circuit in FTC v. Qualcomm. The FTC's staff did an exceptional job presenting the case, and I continue to believe that the district court's conclusion that Qualcomm violated the antitrust laws was entirely correct and that the court of appeals erred in concluding otherwise. Now more than ever, the FTC and other law enforcement agencies need to boldly enforce the antitrust laws to guard against abusive behavior by dominant firms, including in high-technology markets and those that involve intellectual property. I am particularly concerned about the potential for anticompetitive or unfair behavior in the context of standard setting and the FTC will closely monitor conduct in this arena."

The FTC originally sued Qualcomm in 2017, accusing the company of using anticompetitive tactics to remain the main supplier for baseband processors for smartphones.

In May 2019, the FTC initially won its lawsuit against Qualcomm, with Judge Lucy Koh ordering Qualcomm to renegotiate all licensing terms with its customers and make patent licenses available to rival cellular modem suppliers on fair, reasonable, and non-discriminatory or "FRAND" terms. Qualcomm was also told not to enter exclusive agreements for the supply of modem chips.

Qualcomm appealed the ruling and in 2020, scored a major victory. The appeals court overturned Judge Koh's decision, and vacated the order mandating that Qualcomm re-establish all of its licensing deals.

The appeals court said that Koh's ruling went "beyond the scope" of antitrust law and that Qualcomm's licensing practices were not anticompetitive because Qualcomm is "under no antitrust duty to license rival chip suppliers."

With the FTC not planning to further pursue the case after the appeals court ruling, the four-year antitrust legal battle that Qualcomm has been facing is effectively over.

The FTC's lawsuit ran concurrent with the now-resolved legal dispute between Apple and Qualcomm. Apple accused Qualcomm of unfair licensing deals and overcharging for the iPhone components that it supplied to Apple, but Apple dropped the case and reached a settlement with Qualcomm in 2019 after it became clear there were no other options for 5G modems for use in 2020 iPhones.

Apple had planned to use Intel chips, but Intel was not able to produce the chips that Apple needed and ultimately sold its modem business to Apple for $1 billion. Apple plans to use Qualcomm chips for the next few iPhones, but the company is working on manufacturing its own modem chips in house for future devices.

GeoStructural
Remember when Apple pulled an Epic on Qualcomm and deliberately broke their licensing agreement unilaterally for considering it unfair... something for you to think about. At the end it was the user who lost by having to settle for lower quality modems.
Score: 13 Votes (Like | Disagree)

PinkyMacGodess
This is disappointing... Is the FTC in need of some teeth?
Score: 10 Votes (Like | Disagree)

haunebu
I think the reason apple removed the headphones and charging adapter from the box is to make more money. They know the vast majority of us will buy the iPhone anyway, and pay extra for the accessories.
Score: 8 Votes (Like | Disagree)

I know it’s cynical, but I think the reason apple removed the headphones and charging adapter from the box is to offset their settlement with Qualcomm. Yeah, I know correlation doesn’t equal causation but Qualcomm chips show back up in iPhones and the accessories diminish to just a cable.

Qualcomm settlement or not, Apple will want to make more money if there's a way.
Score: 6 Votes (Like | Disagree)

I think the reason apple removed the headphones and charging adapter from the box is to make more money. They know the vast majority of us will buy the iPhone anyway, and pay extra for the accessories.

There's a difference between making more money and saving more money. Apple could be losing customers by not including conveniences that were once included in the box. But they are definitely saving money by not including them and hopefully putting that money towards tech that most customers care more about. I have a drawer full of chargers and EarPods so I'm happy to pay the same price for my next iPhone in exchange for something other than that junk.
Score: 4 Votes (Like | Disagree)

mtneer
Wow.. wonder if QCOM will ask the court for reimbursement of its legal costs from taxpayers. All this pomp and circumstance over all these years for what?
Score: 3 Votes (Like | Disagree)
Read All Comments