Apple has amended its trademark for Final Cut Pro, its professional high-end video editing software, in a way that suggests it could be planning to turn the now one-time payment model for the software into a subscription. 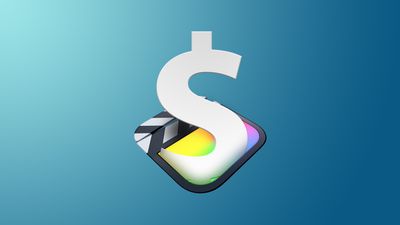 As reported by Patently Apple, on Monday, Apple added a Nice Classification #42 listing to its Final Cut Pro trademark in Europe. The Class 42 identification is listed as including software as a service (SaaS), or a platform as a service (PaaS). For context, Microsoft Office 365, which is based on a monthly or yearly subscription, includes the same Class 42 listing for its suite of software.

Final Cut Pro is currently sold for $300 and is used widely by professional videographers, YouTubers, and content makers. Potentially changing the price and payment model into a monthly, or yearly subscription could entice even more customers to use the software. If Apple is planning the subscription route, it'll likely include more than simply the software itself.

With a subscription, Apple theoretically could offer subscribers access to original content, such as in-depth tutorials, walkthroughs, or exclusive videos/sessions with prominent video makers who use Final Cut Pro as part of their workflow.

Whether Apple takes the route is unknown, however, the pure nature of the updated trademark is rather telling. Apple over the years has launched a number of new services, the most recent being Apple Fitness+. The momentum is not slowing down, however. Apple is reportedly eyeing to launch a new podcast subscription service that would offer listeners exclusive and original content.

danistyping
uh no thanks. And please don't do this with logic pro. I would have to switch to a different DAW. I absolutely despise subscriptions.
Score: 62 Votes (Like | Disagree)

saudor
Subscription is one of those things that once you taste it, you can never go back. It's a never ending gold mine for $$$. Won't be long until we need subscriptions for breathing oxygen
Score: 35 Votes (Like | Disagree)

iamgalt
Well, this will be a big push towards Linux and the free video editing software available; for me at least. I was really hoping Apple would stay away from this.
Score: 31 Votes (Like | Disagree)

Potentially changing the price and payment model into a monthly, or yearly subscription could entice even more customers to use the software.

Subscription is only vaguely appealing for those who only occasionally dabble with the software and can just sign up or cancel as they see fit for projects. Otherwise it's purely a cash grab.
Score: 18 Votes (Like | Disagree)
Read All Comments

Tuesday March 22, 2022 9:12 am PDT by Juli Clover
Apple today announced a Podcasts update for creators, introducing follower metrics and other features that are designed to help podcast makers track their audience and monetize their shows. Under the Analytics tab in Apple Podcasts Connect, creators will be able to view followers per show and track followers across shows. The interface will display new followers gained over the last week,...
Read Full Article • 30 comments

Thursday March 24, 2022 10:18 am PDT by Juli Clover
Apple is developing a hardware subscription service that would allow customers to "subscribe" and receive an iPhone or other Apple device as part of their subscription, similar to the way current Apple subscriptions like iCloud work, reports Bloomberg. Customers would be able to pay a monthly subscription fee and gain access to a device for the subscription period. This would be ideal for...
Read Full Article • 467 comments