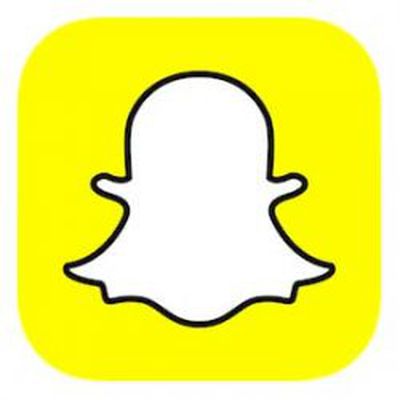 Starting with the next versions of iOS 14, iPadOS 14, and tvOS 14 due to be released in the early spring, Apple's App Tracking Transparency privacy measure will require all apps to request the user's permission to track their activity across other apps and websites.

Granting permission would allow developers to access the random advertising identifier, known as the Identifier for Advertisers (IDFA), on the user's device for targeted advertising purposes or to measure how effective their campaigns were.

According to Snap, makers of Snapchat, any changes to iOS are "usually disruptive" and present an uncertain outcome, and the planned IDFA changes could present a "risk" to advertiser demand. However, the company added that it was unclear how that could affect business in the long-run.

A handful of ad networks and companies have criticized Apple's decision, including Facebook, which ran full-page newspaper ads and launched a website claiming that Apple's tracking change will hurt small businesses financially.

"We admire Apple and believe they are trying to do the right thing for customers," Gorman said, adding Snap is well prepared to guide advertisers through the iOS changes.

warp9
I wonder if it's occurred to any of these fools that their revenue is ill-gotten in the first place. They took advantage of weak security and policies and now they think this is just normal. It's time to reset the baseline. No more free rides at the expense of privacy.
Score: 48 Votes (Like | Disagree)

PlainviewX
I really don't care. Charge monthly for your app. That way, people who really want to use it, will use it.
Score: 20 Votes (Like | Disagree)

Starting with the next versions of iOS 14, iPadOS 14, and tvOS 14 due to be released in the early spring, Apple's App Tracking Transparency privacy measure will require all apps to request the user's permission to track their activity across other apps and websites.

Can't get here soon enough. Not that I want the release to be rushed, I can be patient for a better release.

But I am looking forward to the privacy enhancements to come, starting with what is planned for iOS 14.5.
Score: 14 Votes (Like | Disagree)

I wonder if it's occurred to any of these fools that their revenue is ill-gotten in the first place. They took advantage of weak security and policies and now they think this is just normal. It's time to reset the baseline. No more free rides at the expense of privacy.

I've always liked having different electronics from a variety of manufacturers, but if Apple really cracks down here I'll be all in on everything Apple (phone, computer, tablet, etc).
Score: 12 Votes (Like | Disagree)

agffth
I'm confused on all the companies naming Apple directly as the problem with this new feature. Why not blame the millions..... and millions of The Rock's fans.. (sorry got carried away there) that are going to opt of tracking. It's still a choice for the user to make. They ultimately are the ones saying NO to tracking, not Apple. So place blame on your users if you want to blame someone. But I guess a full page ad blaming your users wouldn't be good PR, even if it was more accurate.
Score: 10 Votes (Like | Disagree)
Read All Comments