Apple has adjusted the trade-in values of many of its products overnight. Some devices, such as iPads, have seen moderate increases in value, while others, such as Macs, have experienced decreases. 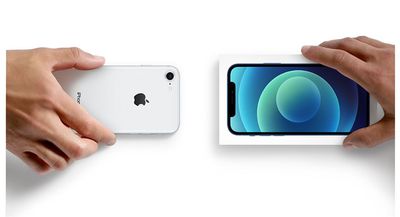 Apple incentivizes customers to upgrade by offering the option to trade in older devices in exchange for credit towards a new purchase. The latest changes to the trade-in program's values, spotted by iMore, include iPads, Apple Watches, Macs, and even some Android devices.

Apple has increased the maximum trade-in value of many products in its iPad lineup. The iPad Pro has increased by $25 to $525. The iPad Air and entry-level ‌iPad‌ have gained $40, reaching $250 and $240 respectively. Finally, the iPad mini has increased from $175 to $205.

These prices reflect the maximum value that customers can expect for their device. The actual valuation will be dependent on the condition of the device.

Analysts have recently suggested that Apple's trade-in program could become a key part of an all-in-one hardware and software subscription service in the future, should Apple combine with the iPhone Upgrade Program and Apple One.

jlocker
If I were Apple I would have increased the trade in value for the Mac computers, this would have Mac users trade in their old Intel machines for a New M1 or M2 machine. This move will make Intel users keep their systems longer than trade in sooner. This is a bone head move by Apple. Guess I will keep my MacBook Pro for an additional year and get more value out of the current system than trade in for less money.
Score: 5 Votes (Like | Disagree)

TonyC28
Just give me one monthly Apple payment and send me new stuff every so often. That’s where we’re headed. Let’s get there.
Score: 4 Votes (Like | Disagree)

You realize the offer is from a third-party wholesaler, yes? So they'll likely pay Apple a %, then they'll have their own costs for checking/clearing/cleaning, then they need to sell them somewhere and offer some sort of warranty (more cost), pricing them competitively against both Apple's refurbished systems as well as the myriad private sellers who are selling their used imacs themselves.

Of course it's gonna be a low offer.

I don't know why folks find this a surprise.

That's normal isn't it? ...It's always been that way? That said, I know I could have gotten more elsewhere but it was pain free, instantly credited, and worked for me.

Yep - as above, the Apple trade is likely going to be the lowest of the options. Convenience is expensive.
Score: 4 Votes (Like | Disagree)

Well, it is not the best deal. The second-hand market is paying at least 20-30% more, and sometimes even 50% more than what Apple is paying. Honestly, I feel that selling the product to someone else and give it a second life is still better than early recycling. I believe that my iPhone 5s is still somewhere serving someone for calls, listening to music and casual apps. Most electronic products have very large useful life. I just sold a 10 years old laptop for 100 EUR to a second-hand store. Great for old people to skype their family and check email/weather/news on the internet.

My understanding, though I'm unable to find the link where I'd read it, is that Phobio and other trade-in companies refurbish and resell serviceable devices rather than simply recycling. Often into secondary markets such as developing nations. So that 5s might get a new battery and a polish, then land in someone's hands overseas who can make good use of it.
Score: 2 Votes (Like | Disagree)

H00513R
I've always found the trade-in prices hard to swallow. I would rather repurpose old Apple products or give them away to family than get a paltry $100 on them. I buy my stuff to last a long time though and just recently updated my 2009 iMac to a 2019.
Score: 2 Votes (Like | Disagree)
Read All Comments

Gazelle Decides Not to End Device Trade-In Program After All

Tuesday April 6, 2021 3:04 pm PDT by Juli Clover
Gazelle, a company that buys old iPhones, iPads, and Macs, has reinstated its device trade-in program after initially ending it in February. Back in December, Gazelle announced plans to end its trade-in program in 2021, and said that it would shut down trade-in options on February 1, 2021. Gazelle stopped taking trade-ins at that time, but has since reversed course on the decision. As of...
Read Full Article • 29 comments

Thursday January 27, 2022 2:50 pm PST by Juli Clover
Apple is developing a new trade-in tool that will be used to scan the iPhone for cosmetic damage, likely with the aim of generating a more accurate trade-in estimate. Code for the feature was discovered in the iOS 15.4 beta by MacRumors contributor Steve Moser, and it was also highlighted by 9to5Mac. There's not a lot of detail right now, but in a Diagnostic Services section, there are...
Read Full Article • 24 comments