Shazam, the music recognition app that Apple purchased in 2018, has surpassed 200 million monthly active users worldwide. Shazam is available as a standalone app and as a built-in feature on the iPhone and iPad, accessible through Siri and through a new Music Recognition toggle added to the Control Center in iOS 14. 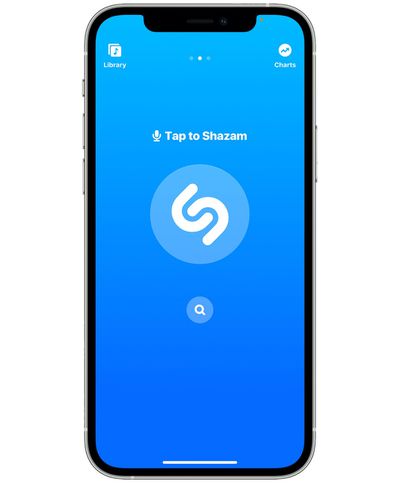 Oliver Schusser, Apple's vice president of Apple Music, Beats, and International Content, commented on the milestone and said that Apple and Shazam offer a "seamless experience" for music fans.

"Apple Music and Shazam offer a seamless experience to music fans around the world, from Shazam's ubiquitous discovery platform to Apple Music's unparalleled content, global live radio stations and human curation. Looking back at our long history together, we can only see how close our missions have been: bringing the best home for music lovers and creators everywhere."

To celebrate, Shazam has shared a list of the 100 most Shazamed tracks ever across the globe, with the list available on Apple Music. The number one song on the list is Tones and I's pop single "Dance Monkey" with more than 36.6 million Shazams since its May 2019 release. Tones and I said that Shazam has had a major impact in terms of reaching new listeners.

"Shazam has been a huge platform for me in terms of reaching people. I didn't have a following when I released 'Dance monkey,' but it gave me the opportunity to reach more people and elevate my fan-base, which has all let to creating a career for myself. Shazam is definitely an app designed to help more unknown artists, and everyone knows Tones loves an up-and-comer!"

Along with the top song list, those interested in finding more new music can do so through the Shazam Discovery Top 50, which offers up new songs from breaking artists around the world. Shazam also offers global, country, and city-specific top charts both in the app and on the Shazam website.

Shazam can be downloaded from the App Store for free, and it can be accessed through the Control Center on ‌iPhone‌ and ‌iPad‌, through ‌Siri‌ commands, or on the Mac. Shazam is also available on Android devices and select features can be accessed on the web.

contacos
Its amazing how I have had that app on my last 5 iPhones and probably used it a total of 5 times but somehow I do not want to get rid of it in case I do need it some day :D
Score: 4 Votes (Like | Disagree)

but that does not give me a history. Whenever I would need it, it would be for "later" so I can find it when I am back home on my computer. Doesn't help me if Siri just tells me the name. I would forget it within minutes lol

It’s built into Siri isn’t it? You technically don’t need this app.

but that does not give me a history. Whenever I would need it, it would be for "later" so I can find it when I am back home on my computer. Doesn't help me if Siri just tells me the name. I would forget it within minutes lol
Score: 2 Votes (Like | Disagree)

My only problem is trying to remember the damn name every time I need it ??

Don't know what device you're using it on but when I use it on the iPhone all I do is activate Siri and ask, "What is this song?" I never use the Shazam name. I don't use it much but when I have it is batting 100% so far, pretty impressive IMO.
Score: 2 Votes (Like | Disagree)

Its amazing how I have had that app on my last 5 iPhones and probably used it a total of 5 times but somehow I do not want to get rid of it in case I do need it some day :D

It’s built into Siri isn’t it? You technically don’t need this app.
Score: 2 Votes (Like | Disagree)

martin2345uk
Now it's right there in the control centre I find I'm using it even more
Score: 1 Votes (Like | Disagree)
Read All Comments