Apple last week introduced a new $99 HomePod mini, which is a more affordable alternative to the full-size HomePod that's been around since 2017. The ‌HomePod mini‌ isn't shipping out until November, but on paper, it sounds great for those who have been eyeing a ‌HomePod‌ but haven't wanted to shell out $299.

At $99, the ‌HomePod mini‌ is a lot more affordable than the $299 ‌HomePod‌, which was even more expensive ($349) when it first launched. Rumors have suggested that ‌HomePod‌ sales have been weak because of the high price of the device relative to smart speakers from other companies like Amazon and Google, so it was a no brainer for Apple to come up with a cheaper solution. 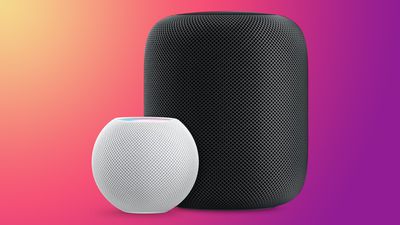 It's a lot easier to justify spending $99 on a home speaker than it is to spend $299, so the ‌HomePod mini‌ will likely be appealing to a wider consumer base than the original ‌HomePod‌. At $99, ‌HomePod‌ is a solid choice if you're looking for a decent speaker that also gives you Siri access and HomeKit control.

With ‌HomePod mini‌ Apple introduced a new Intercom feature that lets you send messages to and from the ‌HomePod‌ and other Apple devices. So, if you put a ‌HomePod mini‌ in oft-used rooms of the house, you can communicate with other family members through the Intercom option.

Parents will be able to do things like call the kids to dinner or make sure they're getting ready for school, and at that $99 price tag, it's more affordable to buy a couple of ‌HomePod‌ minis to place throughout the house.

Intercom messages sent to ‌HomePod‌ are played out loud in the room in your actual voice, and you can send them from any device. You can also send Intercom messages on iPhone, iPad, Apple Watch, AirPods, and even CarPlay.

It's an AirPlay 2 speaker so you can use it in scenes and automations for automatically playing music when desired, plus it serves as a Home Hub to allow you to access all your ‌HomeKit‌ devices when you're away from home.

You can pair two full-size HomePods together too, but it's a lot cheaper to buy two ‌HomePod‌ minis than to buy two HomePods.

With handoff functionality, you can bring an ‌iPhone‌ or ‌iPad‌ close to your ‌HomePod mini‌ and then the music that's playing on your device will transfer right over to the ‌HomePod mini‌. You can also transfer from ‌HomePod mini‌ to ‌iPhone‌ when you're leaving the house.

There's a U1 chip that's in the ‌HomePod mini‌ (and not the ‌HomePod‌), and Apple says that this chip will enable a different transfer experience with haptic feedback and personalized listening suggestions.

Have other reasons you're considering a ‌HomePod mini‌? Let us know in the comments below.

WiseAJ
6. It's a New Apple Product, and let's be honest you will buy anything Apple releases.
Score: 28 Votes (Like | Disagree)

mtneer
Are you guys also planning a 5 reasons not to?
Score: 19 Votes (Like | Disagree)

RealKrS
Not trying to troll, but for me the only reason I can‘t see myself buying any HomePods is Siri and her favorite “Here’s what I’ve found” answer to everything I ask, followed by a complete silence until I look down at my screen to see web search results. I’m wondering how that works on a HomePod..
Score: 13 Votes (Like | Disagree)

Justin Cymbal
I’m buying two of these to use as a surround sound system for my living room Apple TV - The software update for the HomePod now allows you to pair these to your Apple TV to use as the default sound system which is definitely awesome! I think Apple is going to sell a lot of these this year for Christmas time!
Score: 12 Votes (Like | Disagree)

GeoStructural
Reason 1: Apple Ecosystem
Reason 2: None
Reason 3: Not found
Reason 4: Check the competition, they do more for less
Reason 5: Wow, really you still considering it?
Score: 11 Votes (Like | Disagree)

SuperCachetes
I think the little HomePod is cute, and I might end up with 1 or 4 someday... But its "$99 price" is not a reason to buy. That's still $99 more than not buying one, which is $0.
Score: 8 Votes (Like | Disagree)
Read All Comments